Shoshoni, Wyoming and a Bra 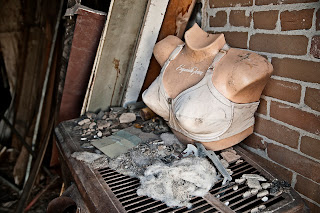 View through a hole in the back of an abandoned building in Shoshoni, Wyoming.
(Click images to view larger)

Many of us in Wyoming know about Shoshoni because of Yellowstone Drug, now defunct, but once famous for handmade milkshakes.  With the demise of that business, the abandonment of the old downtown is nearly complete, but when I stopped there this week, a tattooed man from Casper and his young daughter were busy renovating.  "We've been working on it for a few years," he told me.  "I love Shoshoni...I'd love to see more artists move here."  When I asked him what his plan was, he said that he intended to reopen the store as a milkshake place "in a couple of years."

According to Wikipedia, "in some years Shoshoni is the driest town in the Mountain Time Zone," which might partly explain why it's not as populous as it once was.  Established in 1905 on the railroad as a mining town, Shoshoni boomed briefly and then declined.  Millionaire Charles Henry King lived here and built the building that would become Yellowstone Drug.  Surprisingly (Wikipedia again), King was the paternal grandfather of President Gerald Ford, who was born in his Omaha house, where King had moved after leaving Shoshoni.  Shoshoni was also the birthplace of Isabel Jewell, a Hollywood actress who appeared in many films, including Gone with the Wind (a fitting title for a Wyoming girl).

Apparently, many of the classic downtown buildings that line the east side of the street were damaged by fire.  I walked around back to have a look and discovered the bra.  I'll check in again the next time I'm through, hopefully with a milkshake in hand.

There are some old photos online at this site. 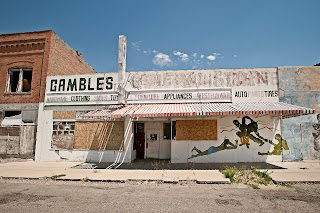 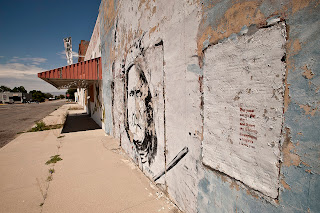 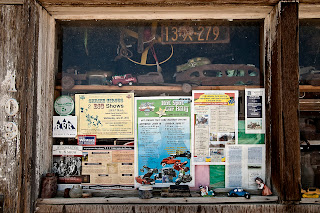 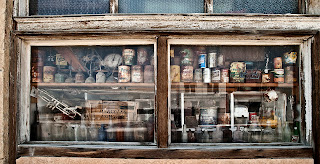 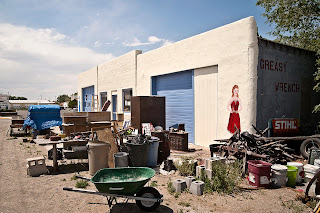