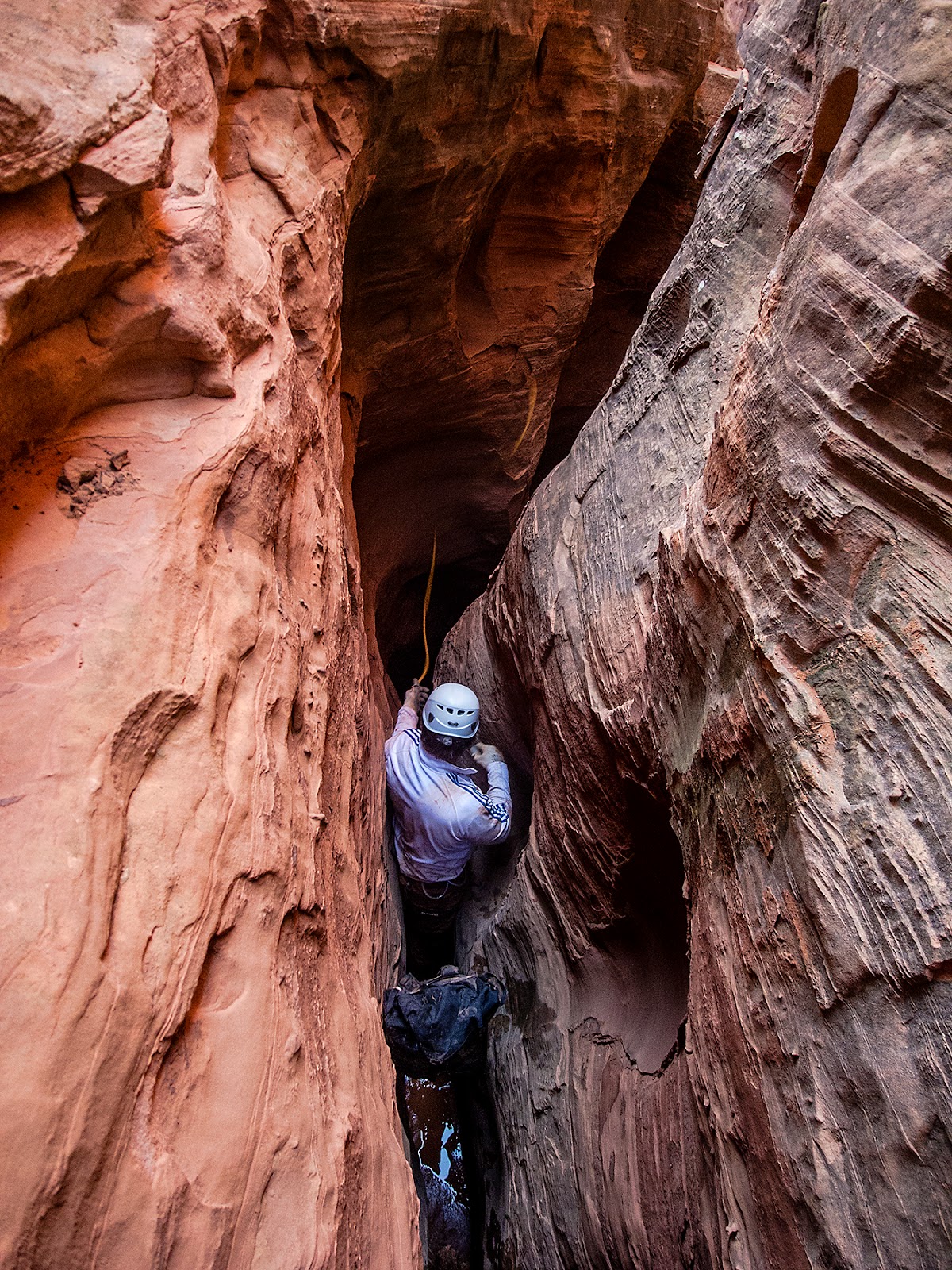 Steve Millard setting up an awkward rappel in Pandora's Box.  You are standing on the chockstone anchor.
(Click images to view larger)

I’m not proud of this, but I ate an entire package of beer brats the night before Steve and I headed into Pandora’s Box, a famously skinny Wingate slot canyon in Capitol Reef National Park.  Steve, equally hedonistic, tucked into a couple of big burgers, and we both washed down our meals with margaritas (me) and wine (Steve).  This was a cocky move, since we were already anxious about being too fat to fit through the canyon.  Famously, one large canyoneer had become stuck in Pandora’s Box, requiring a helicopter rescue that arrived not long after he drank his own urine to stave off dehydration.

I felt periodically nauseated throughout the next day, which began for us at 4:15 a.m. after a night of fitful, anxiety-plagued sleep, but as it turned out we neither got stuck nor had to drink our urine.  In fact, the canyon went more easily than we anticipated with only a little strenuous chimneying over narrow spots and a few episodes of laying on our sides in the mud to wriggle through low passage where it was slightly wider.  We completed the last two rappels by 1:15 and began the long and exhausting hike back over Meek’s Mesa to our camp, arriving in time to eat dinner (no brats!) and visit with Larry Scritchfield, who had arrived that day from Arizona to meet other friends for a week in the park (Steve and I had to return to work).

While in the Capitol Reef area, Steve and I warmed up in a couple of the disappointingly short, but pretty “Wives” (side canyons that drain into the popular Cohab Canyon) above the Visitor’s Center on Saturday before grappling with Pandora’s Box on Sunday.  The Blue Gnome provides painstakingly detailed beta for all of these canyons, so I won’t repeat it, but I’ll post a few pictures—I felt too busy in Pandora’s to take many, and it was so narrow that much of it was fairly dark. 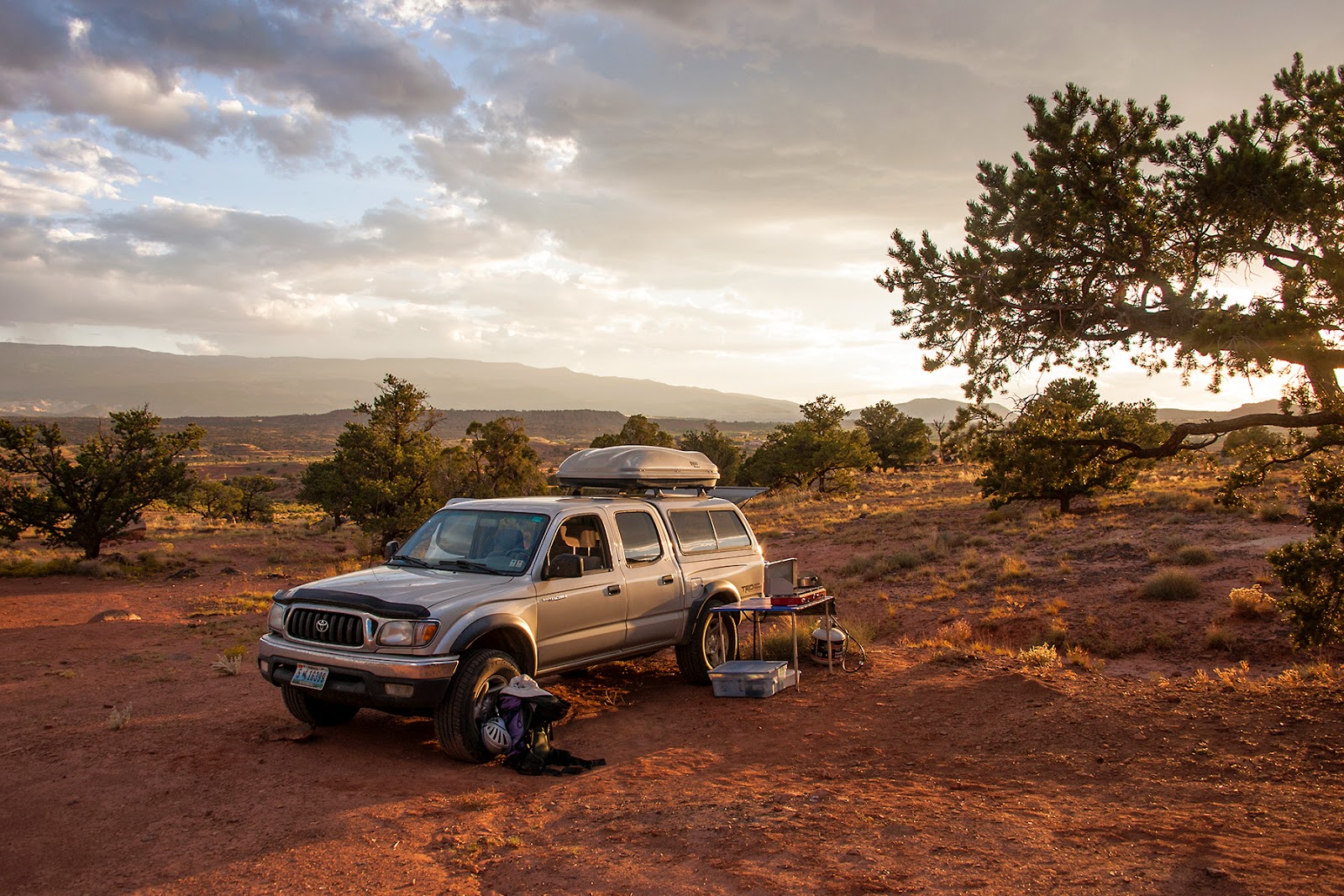 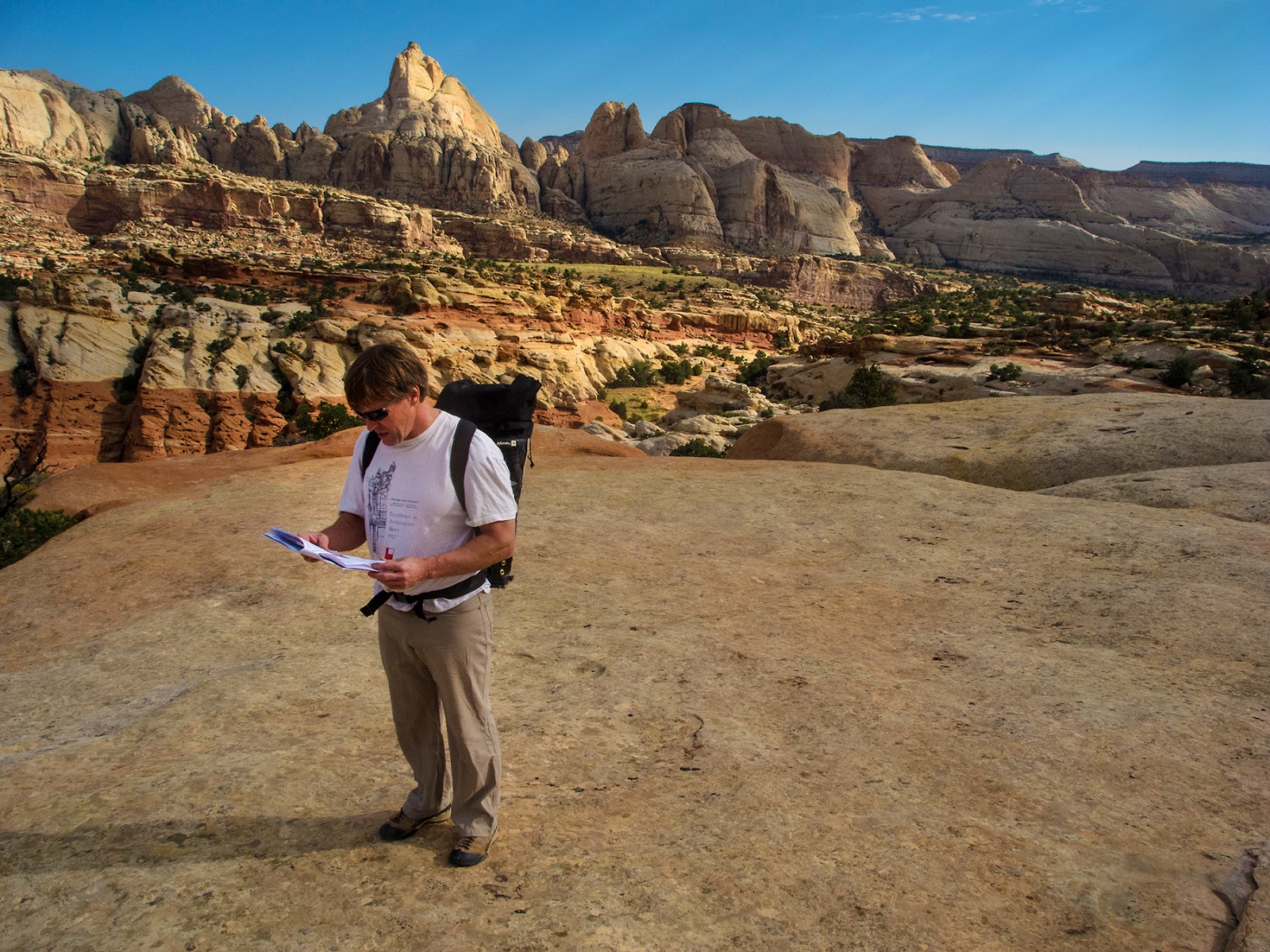 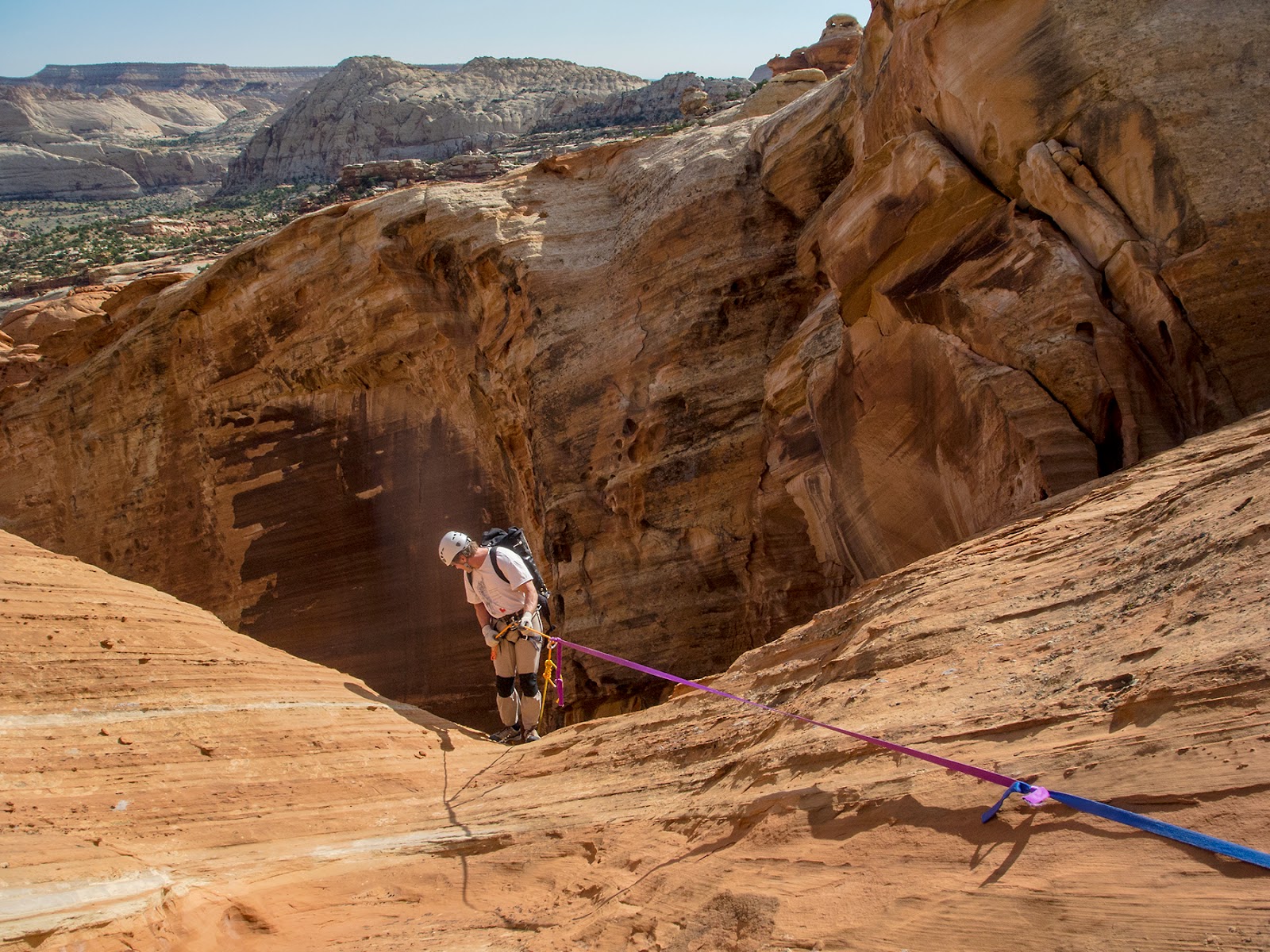 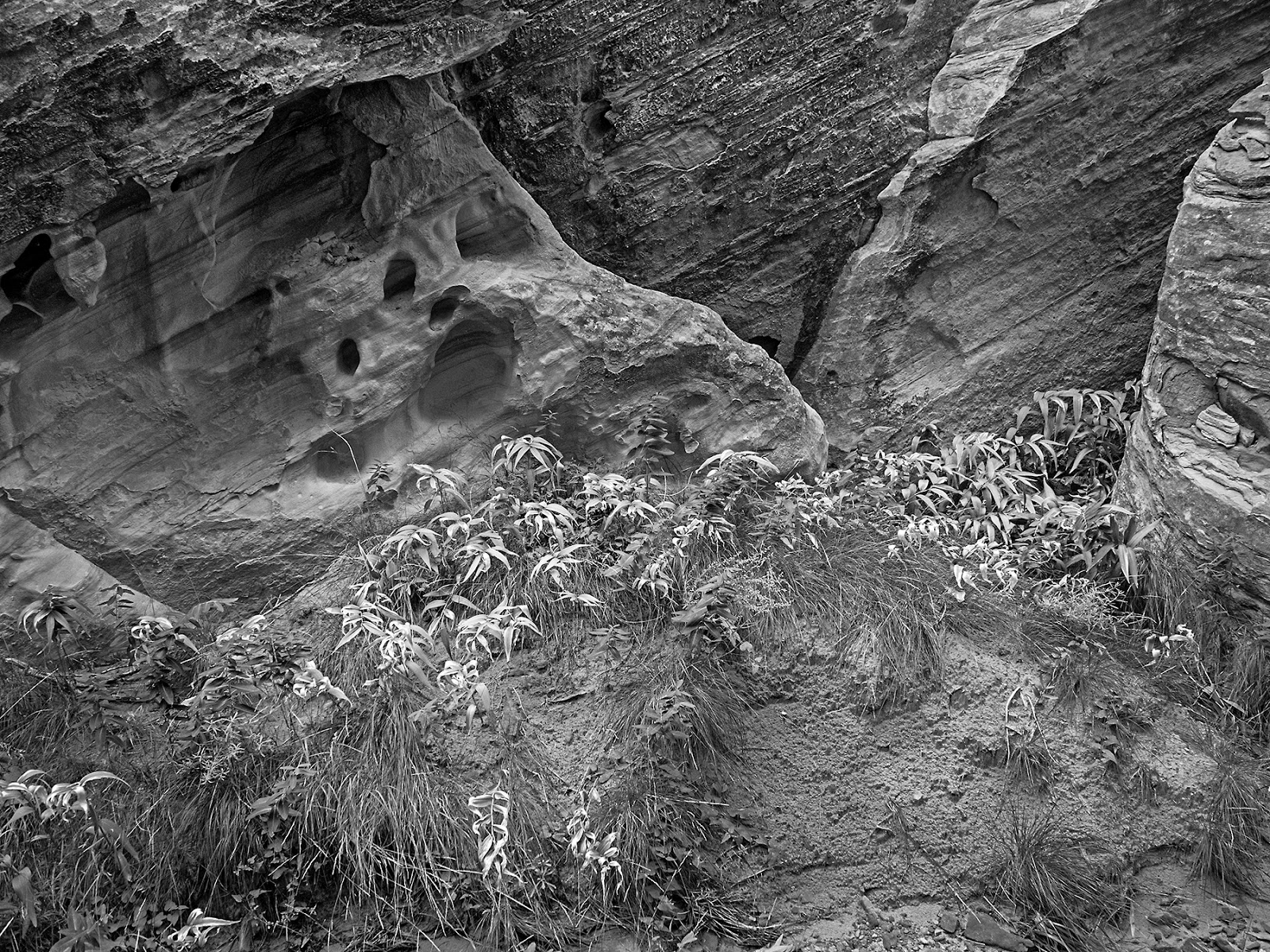 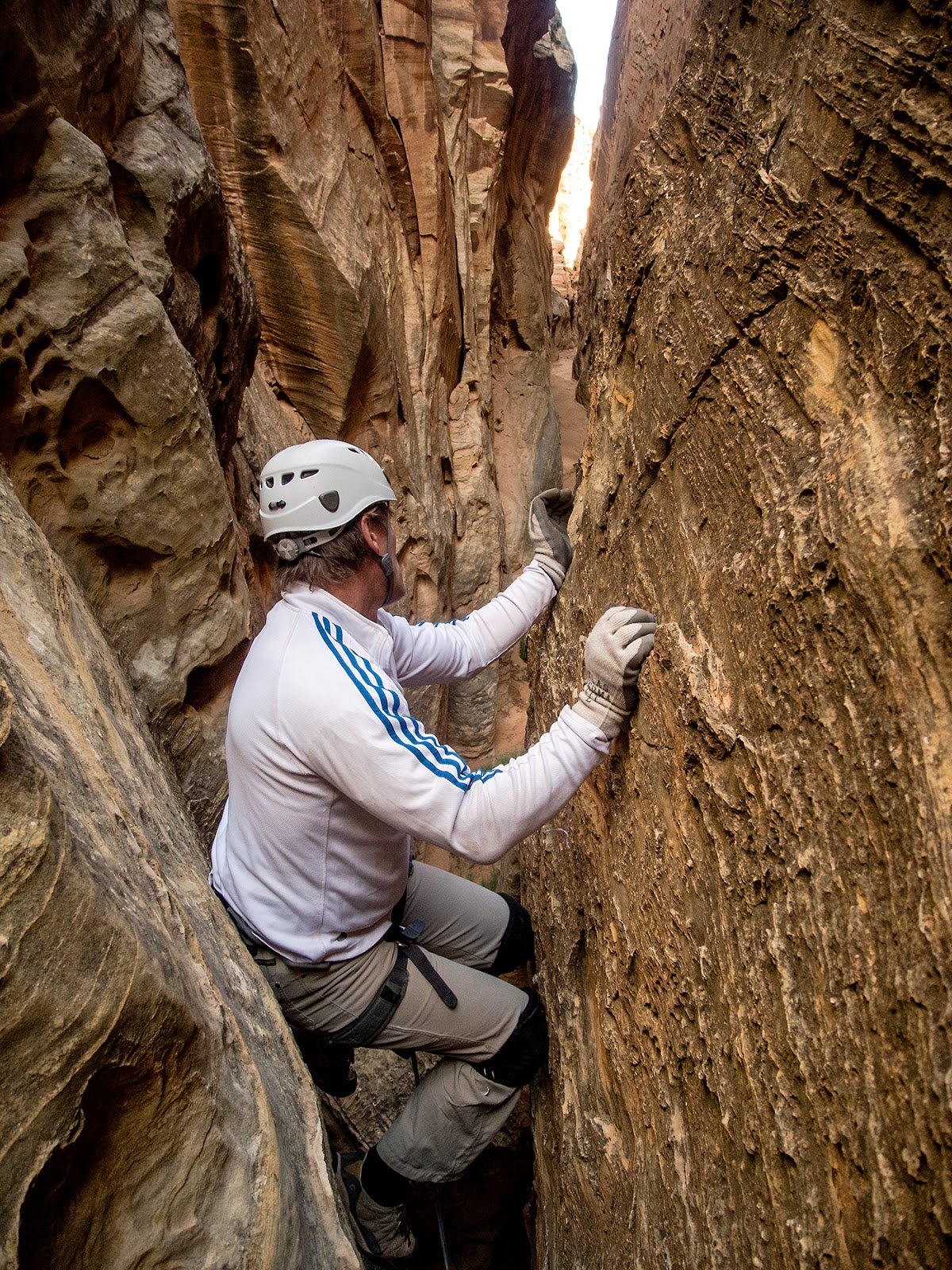 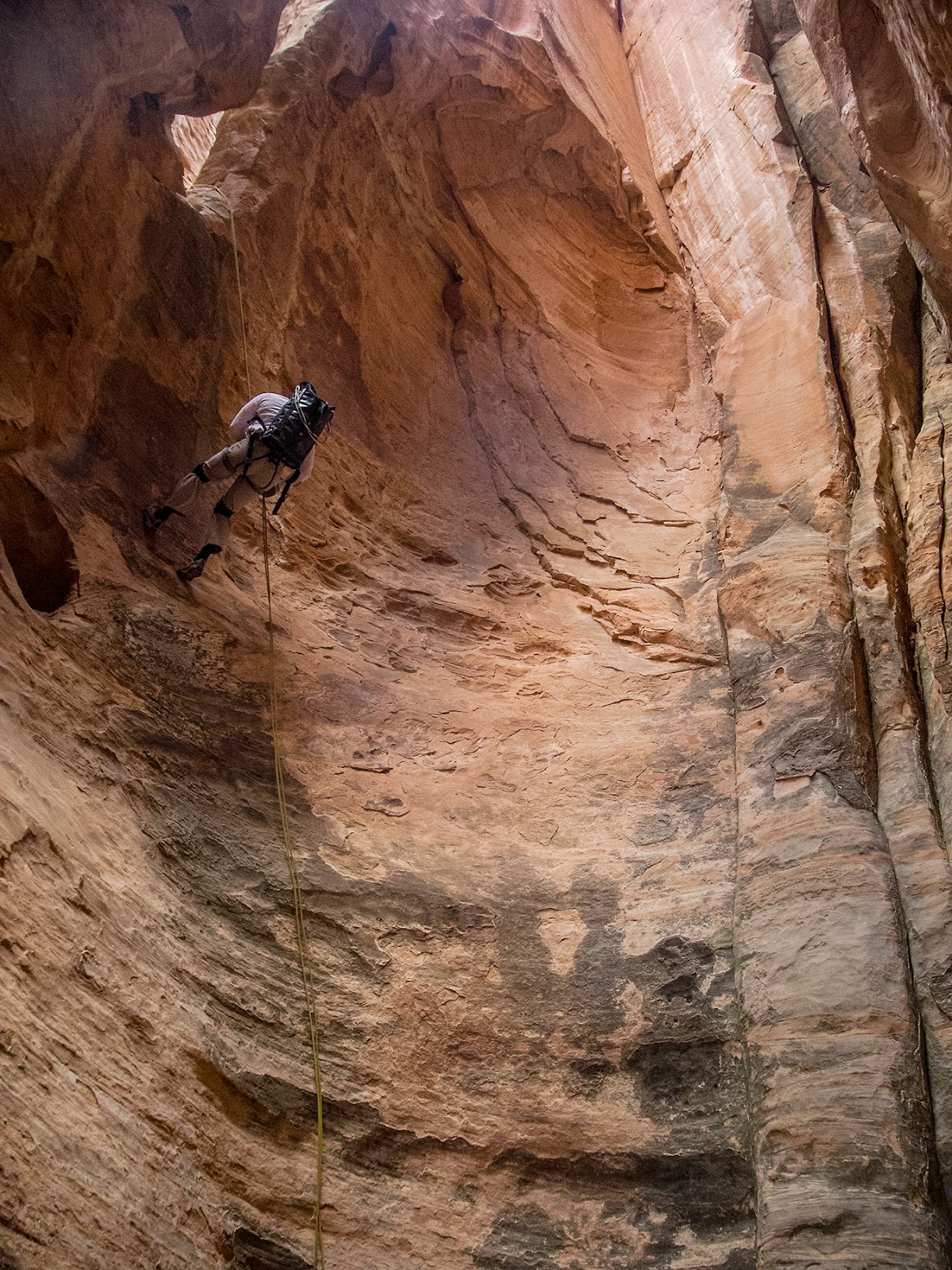 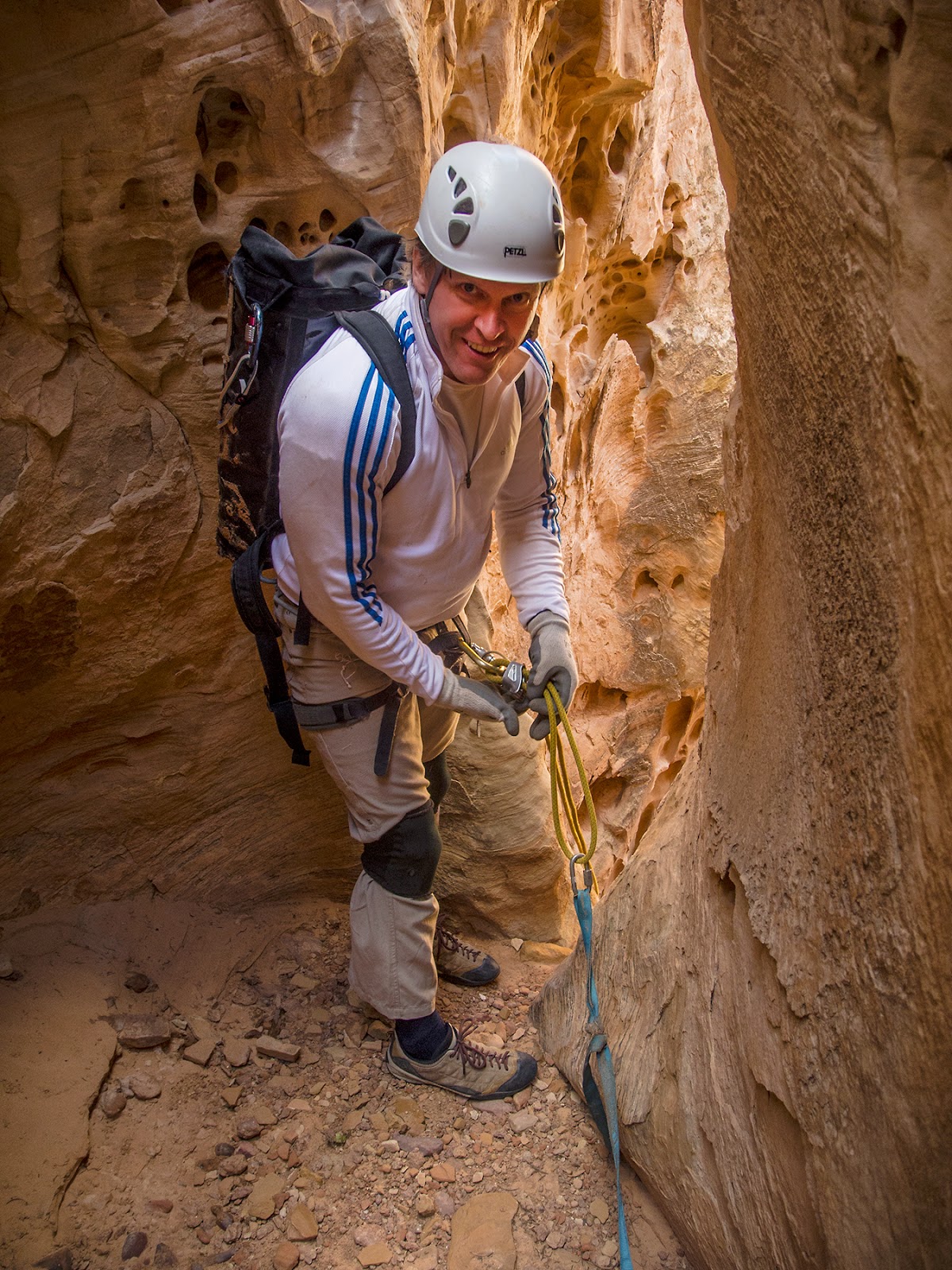 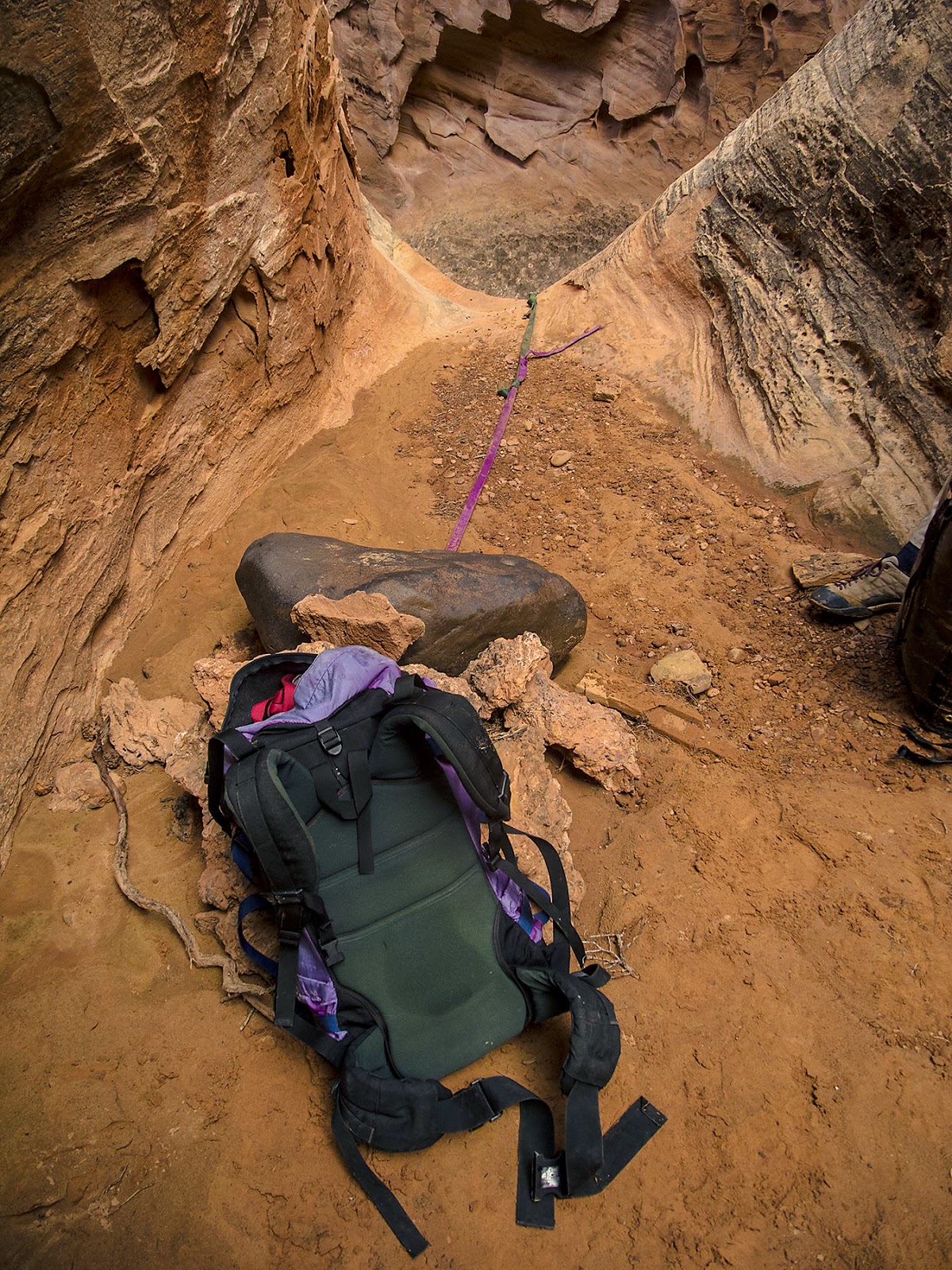 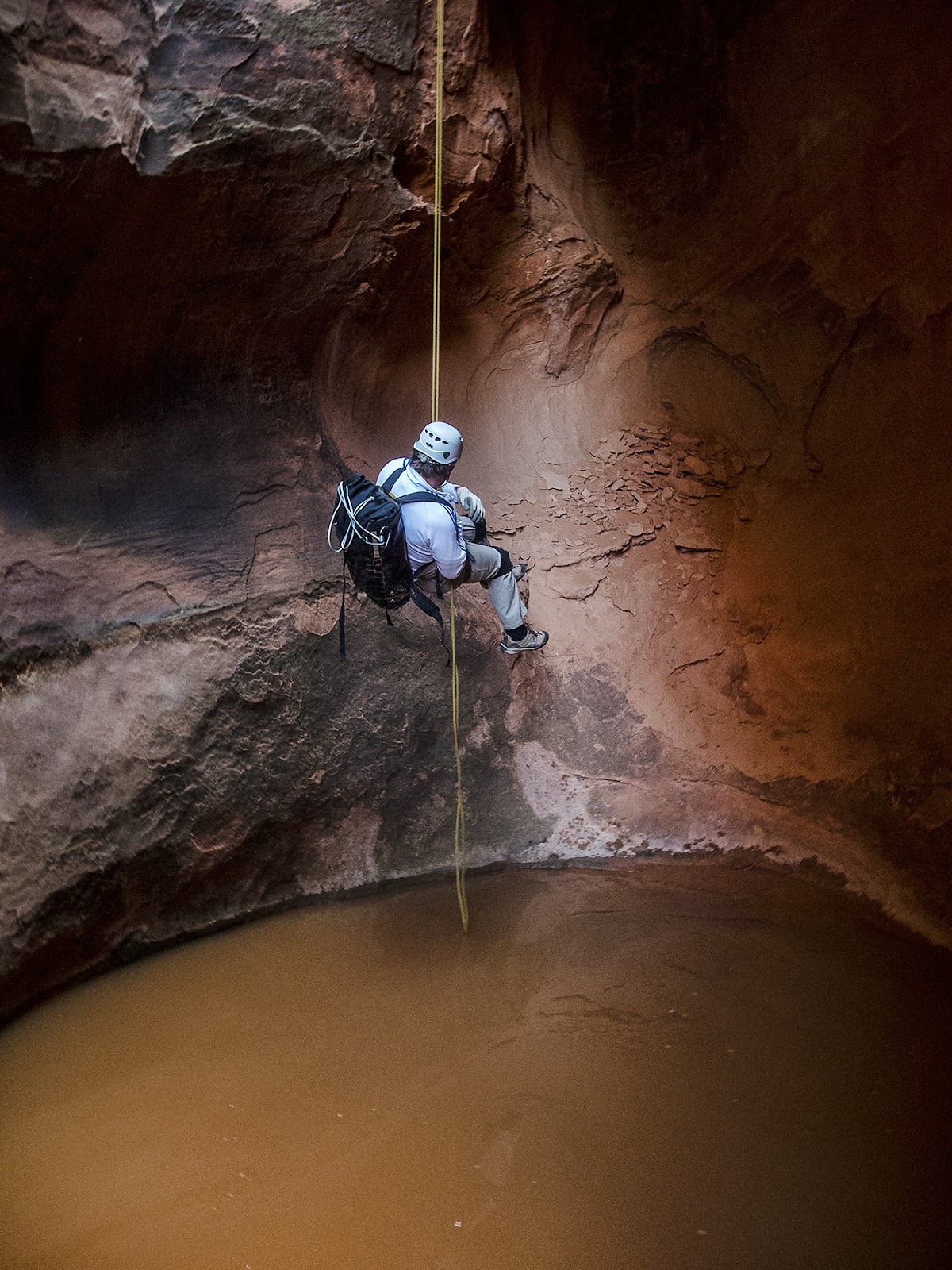 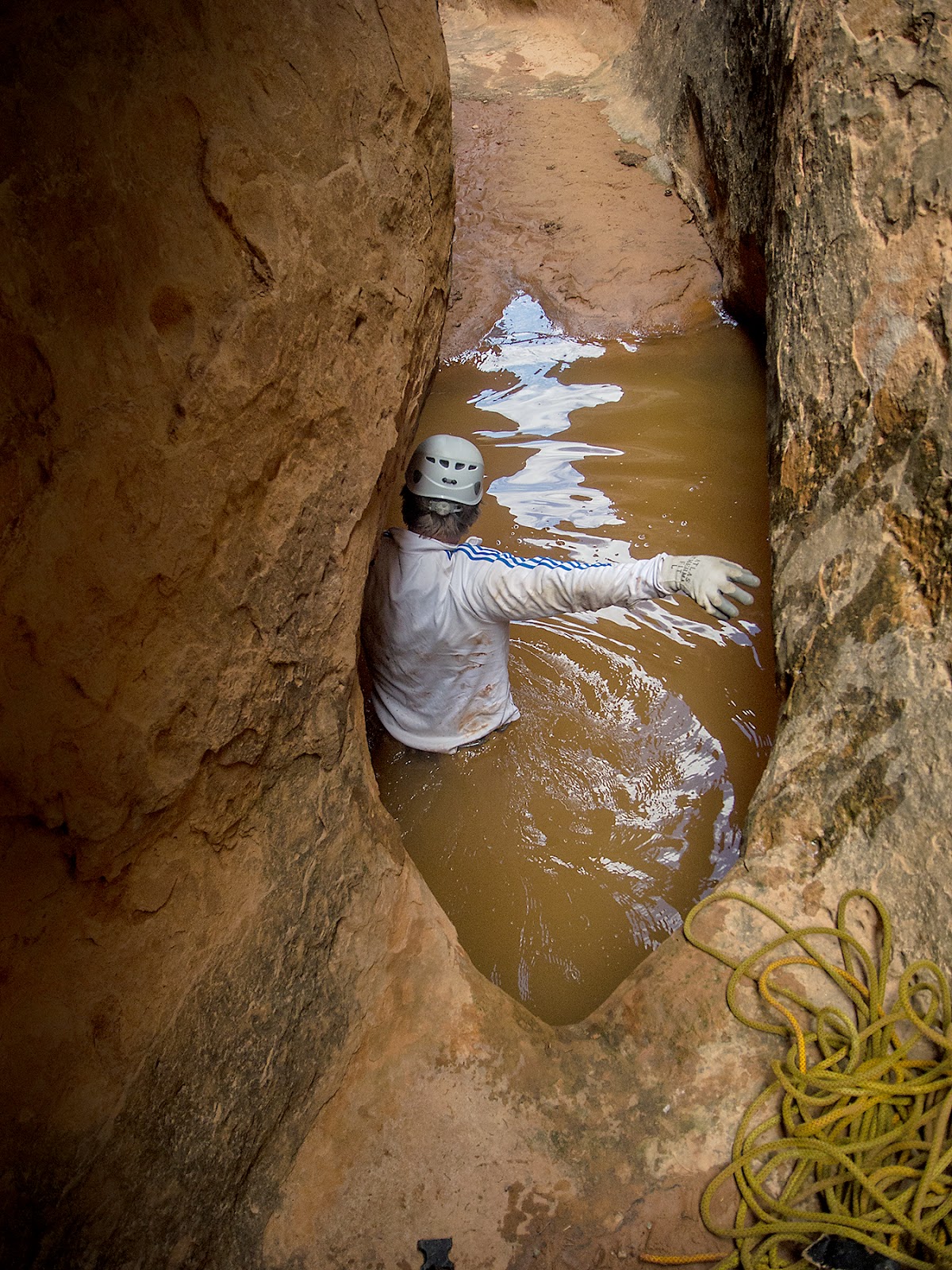 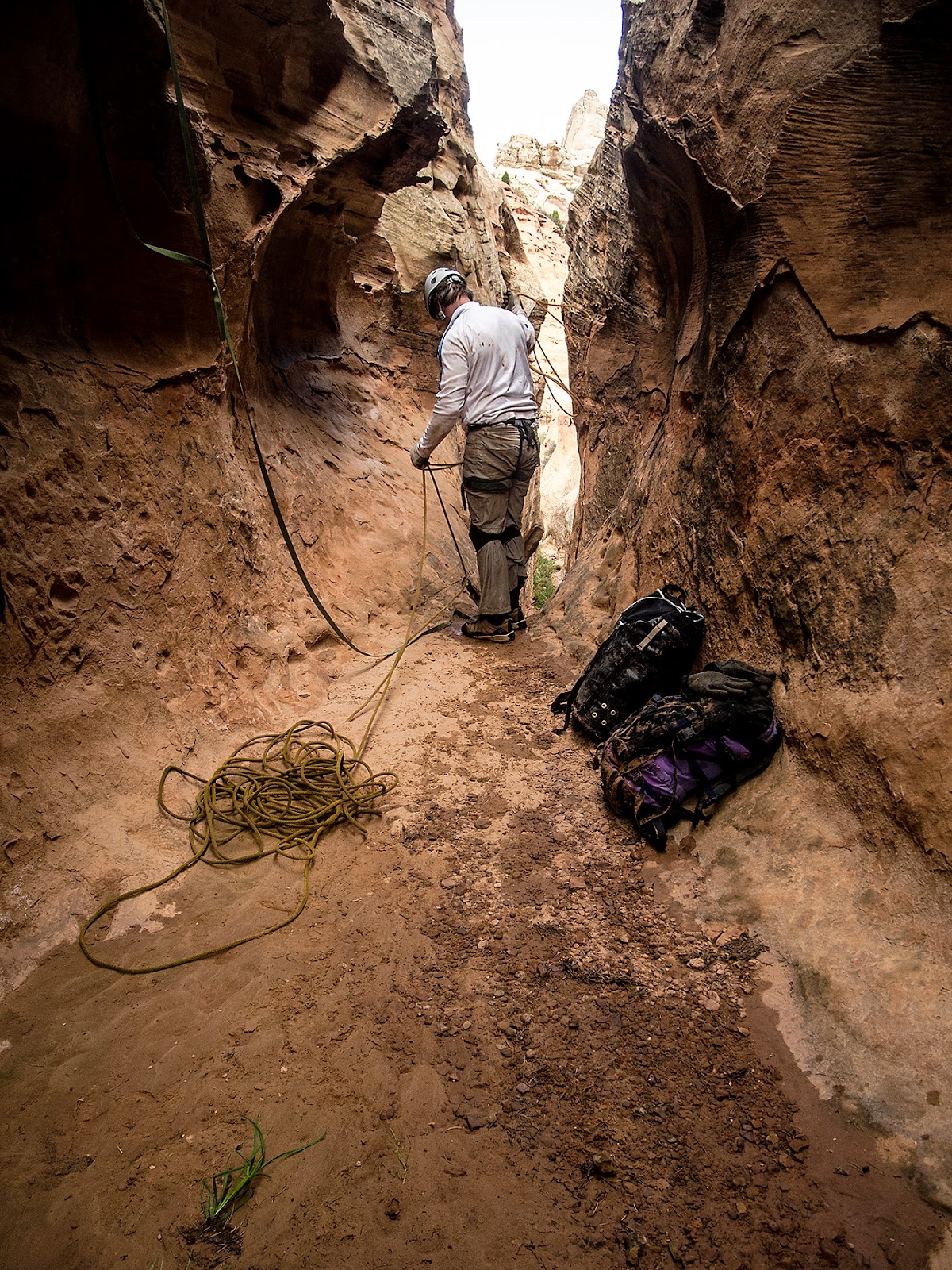 The exit rappel from Wife #5. 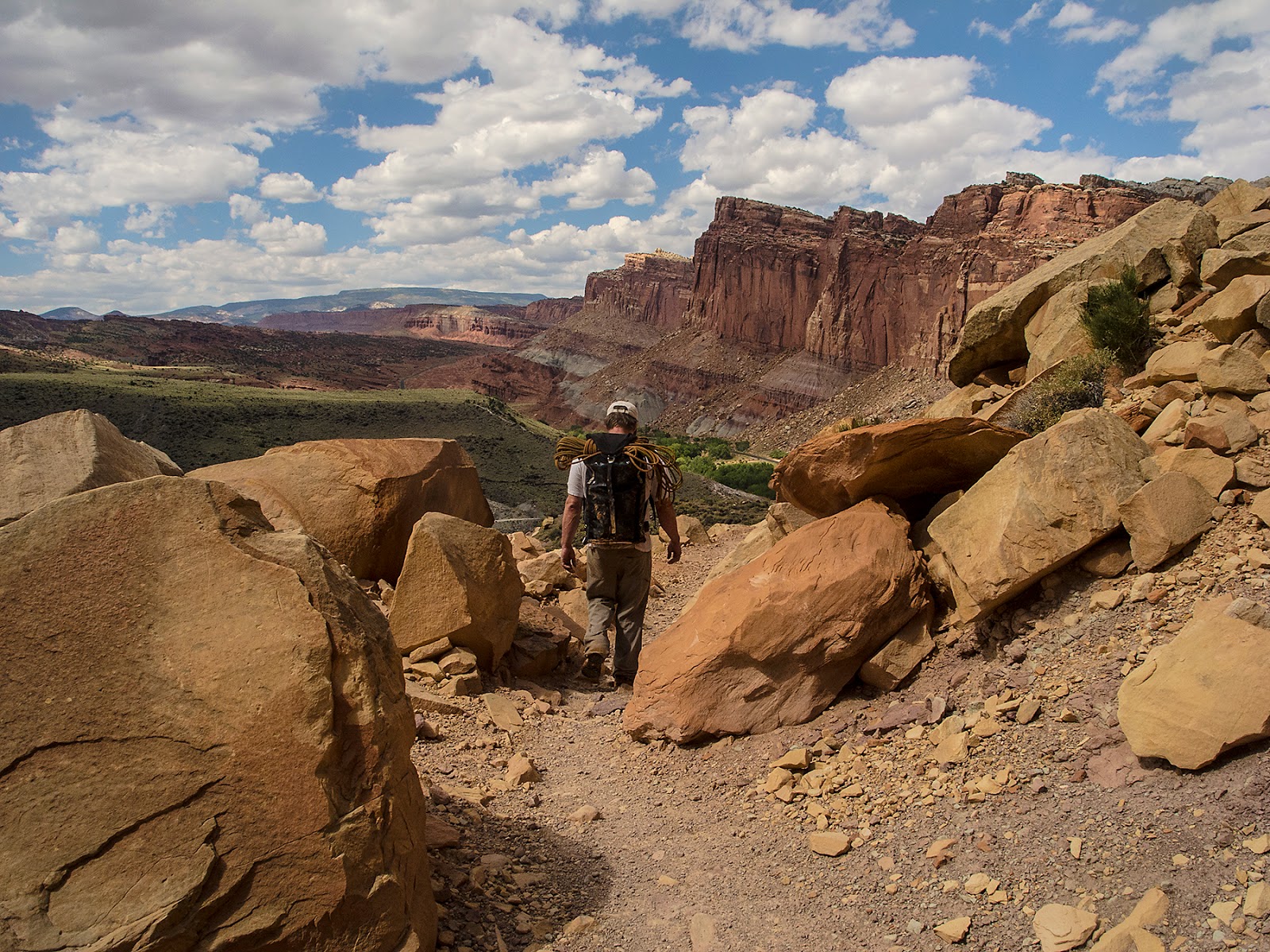 Steve hiking down from The Wives. 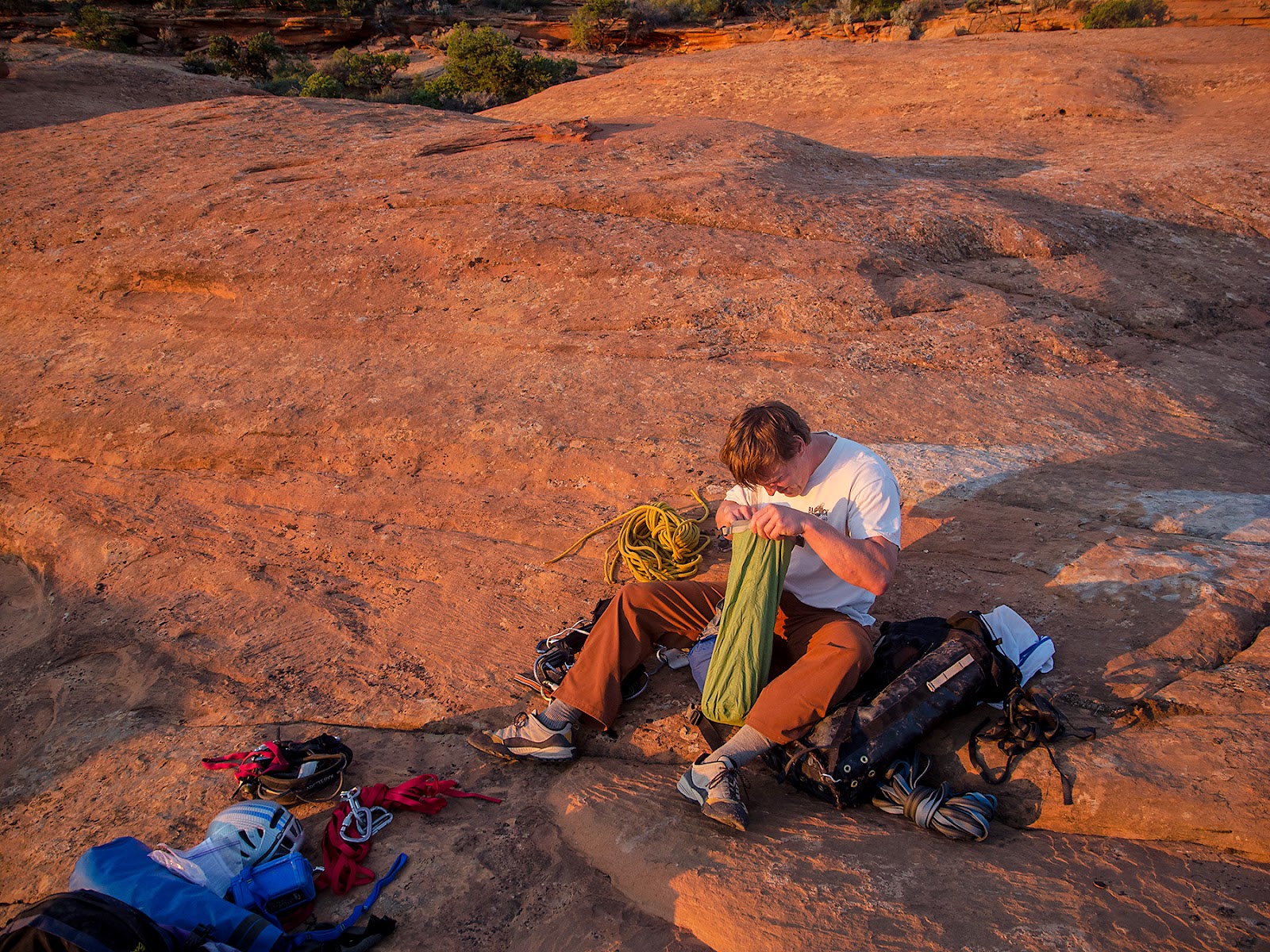 Sunrise at the drop-in for Pandora's Box. 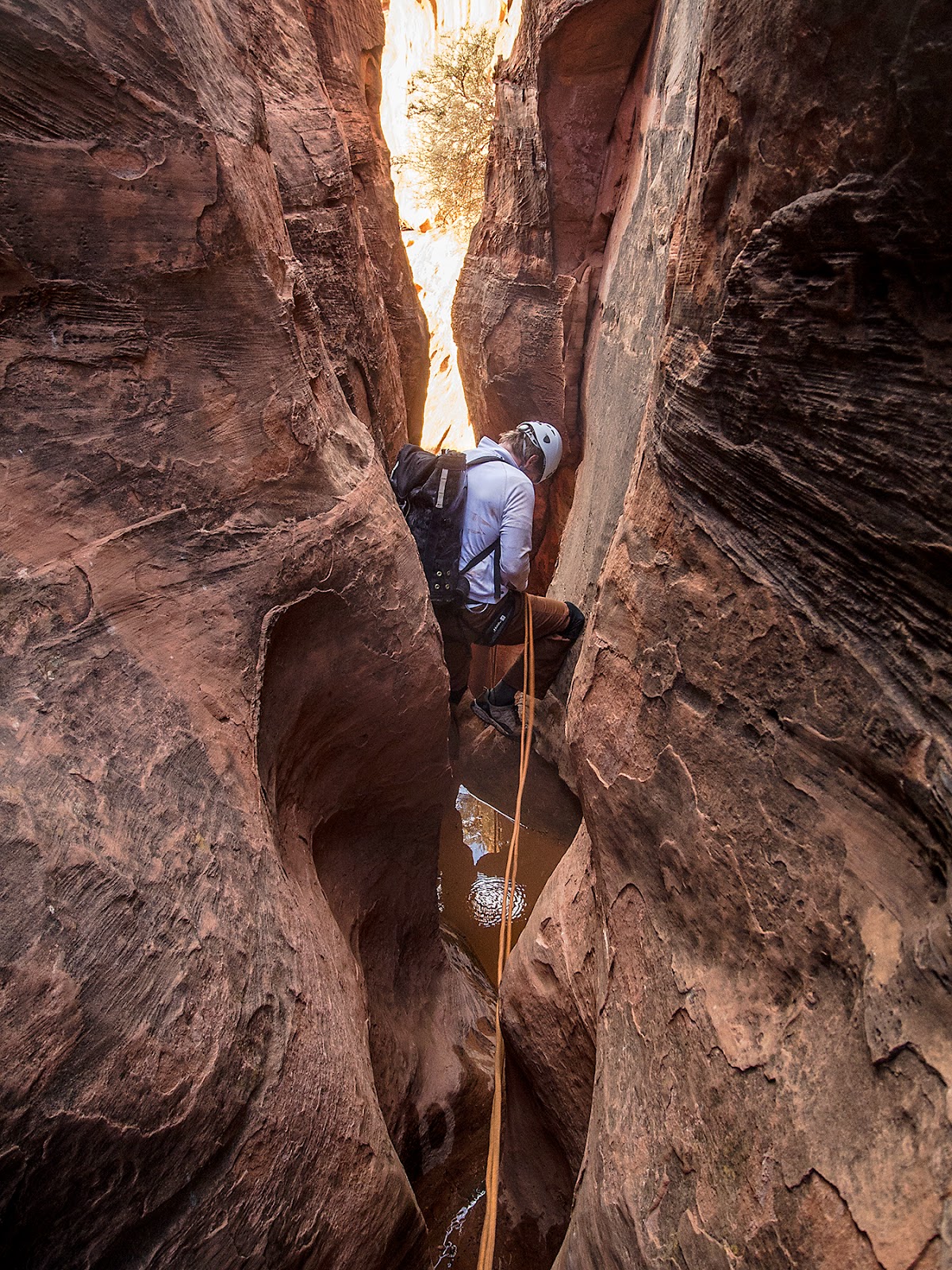 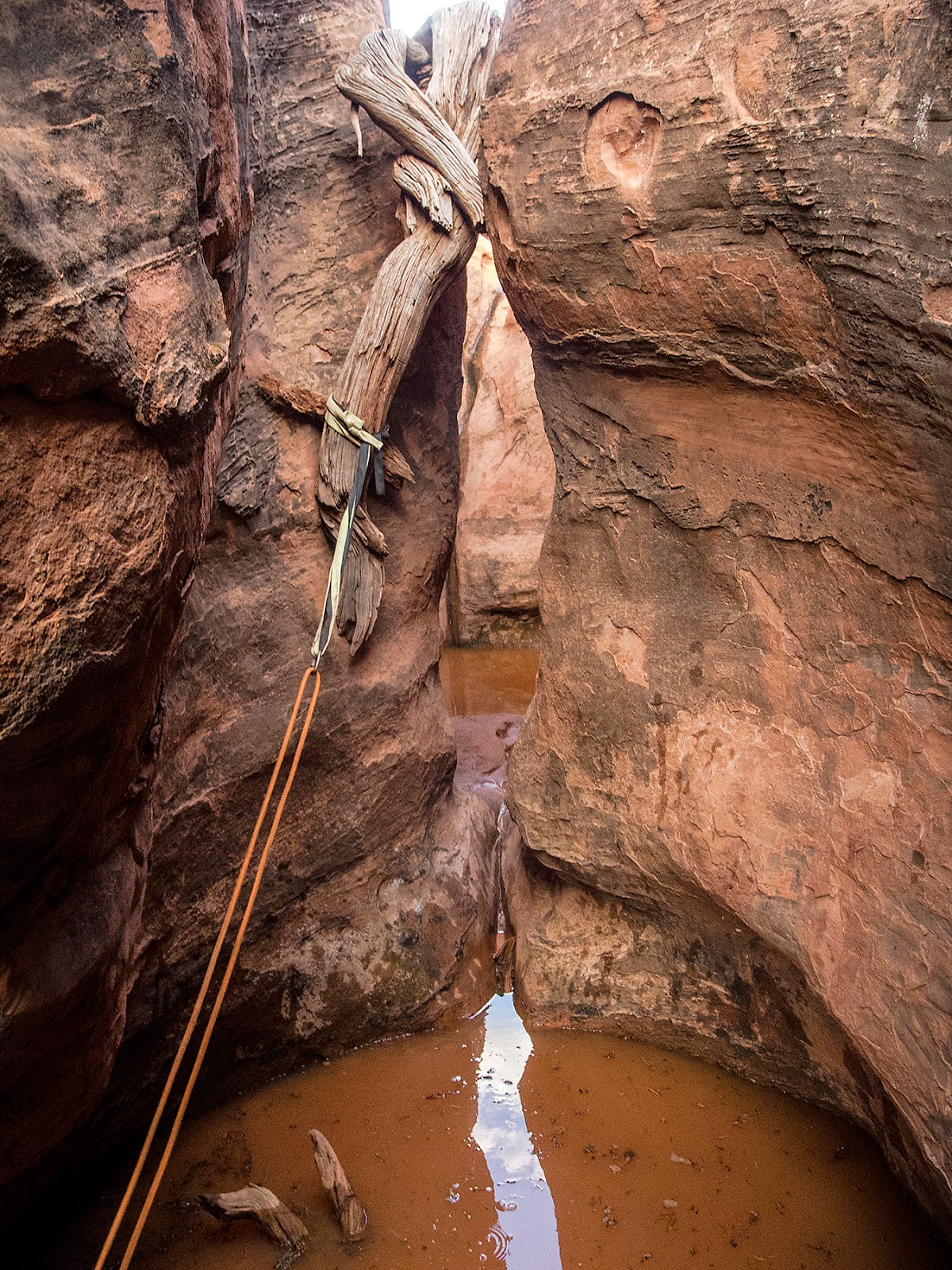 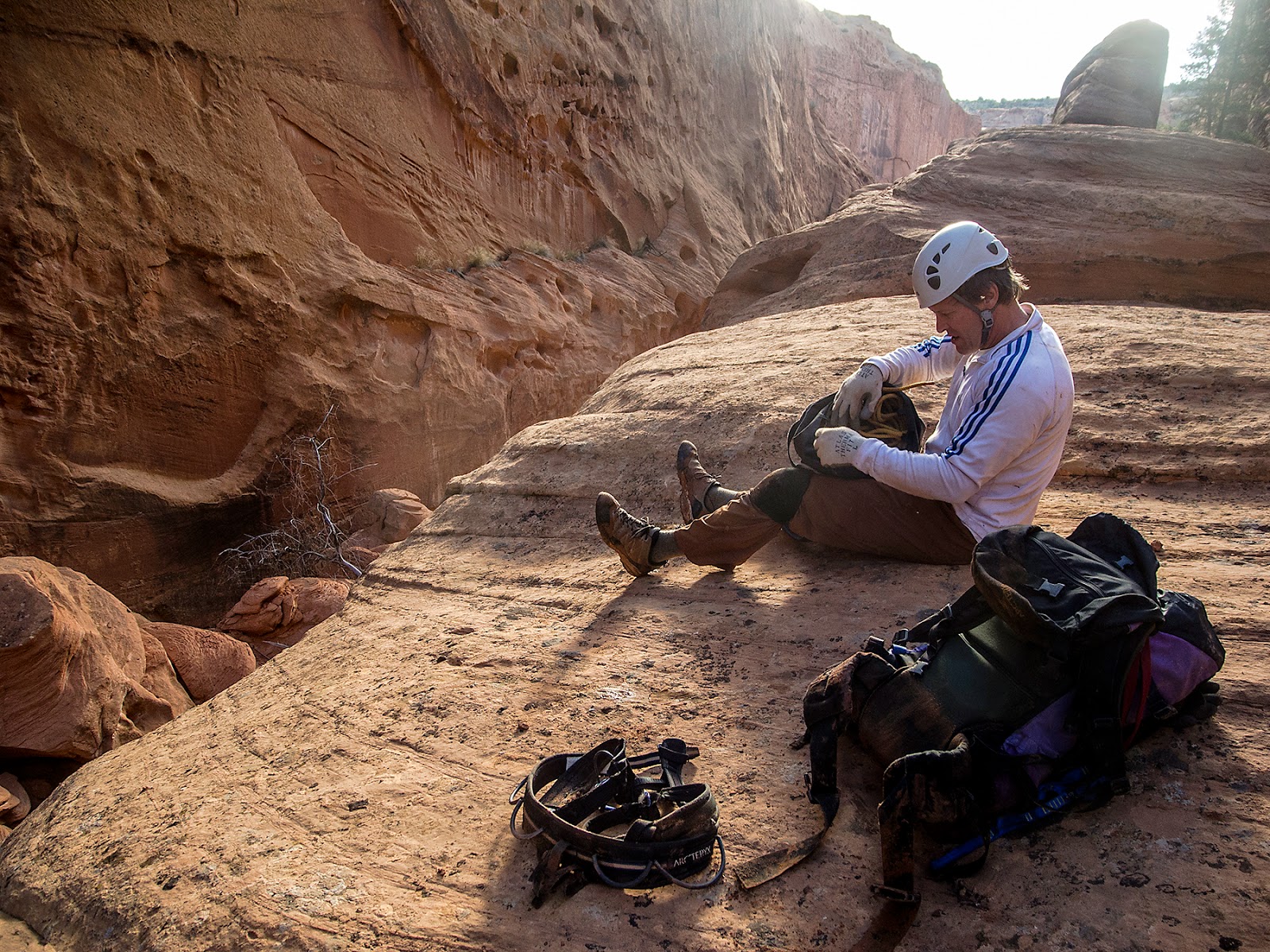 Resting in a wide spot in Pandora's Box. 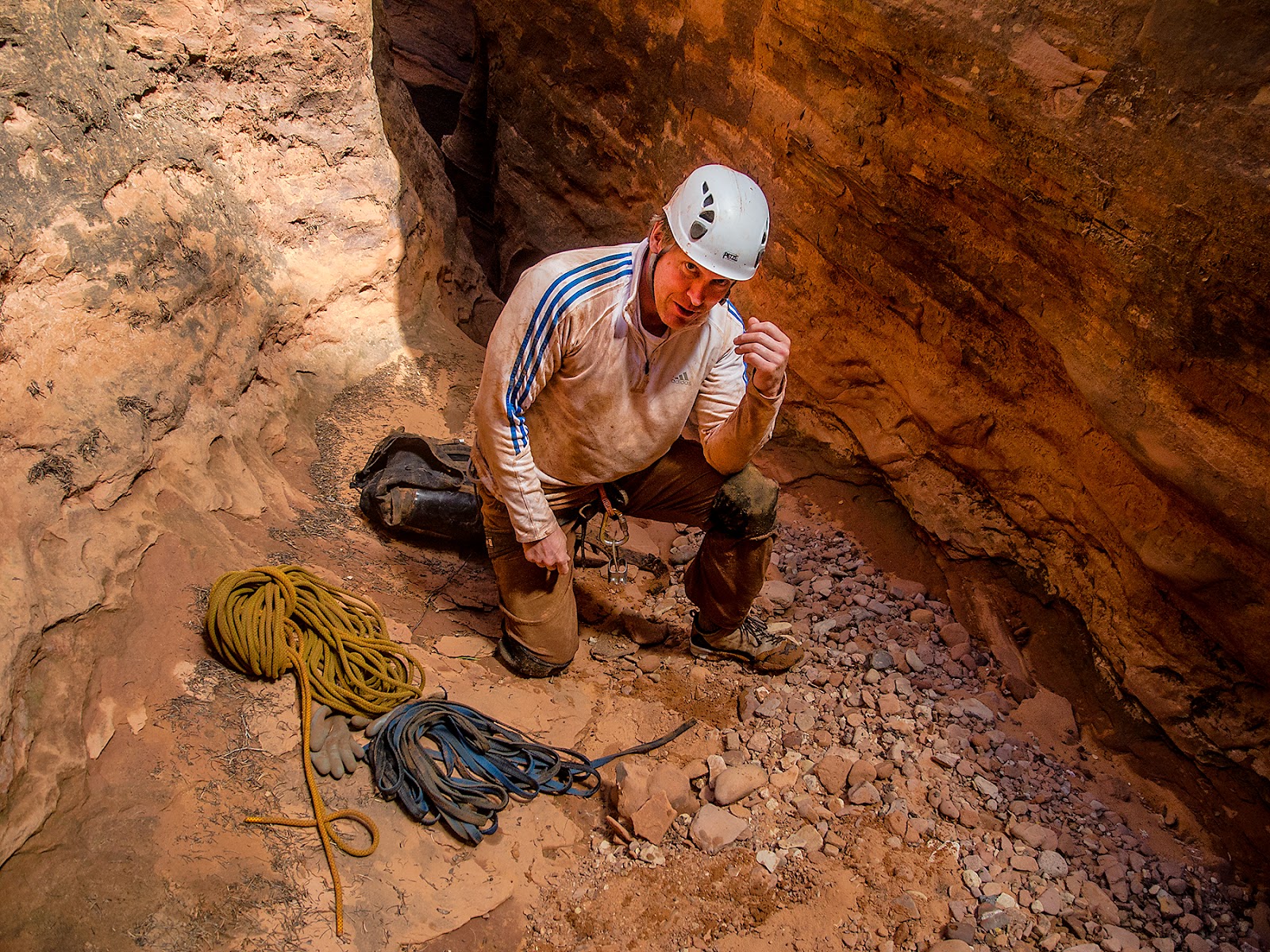 Steve, showing off the physique that somehow managed to squeeze through Pandora's.. 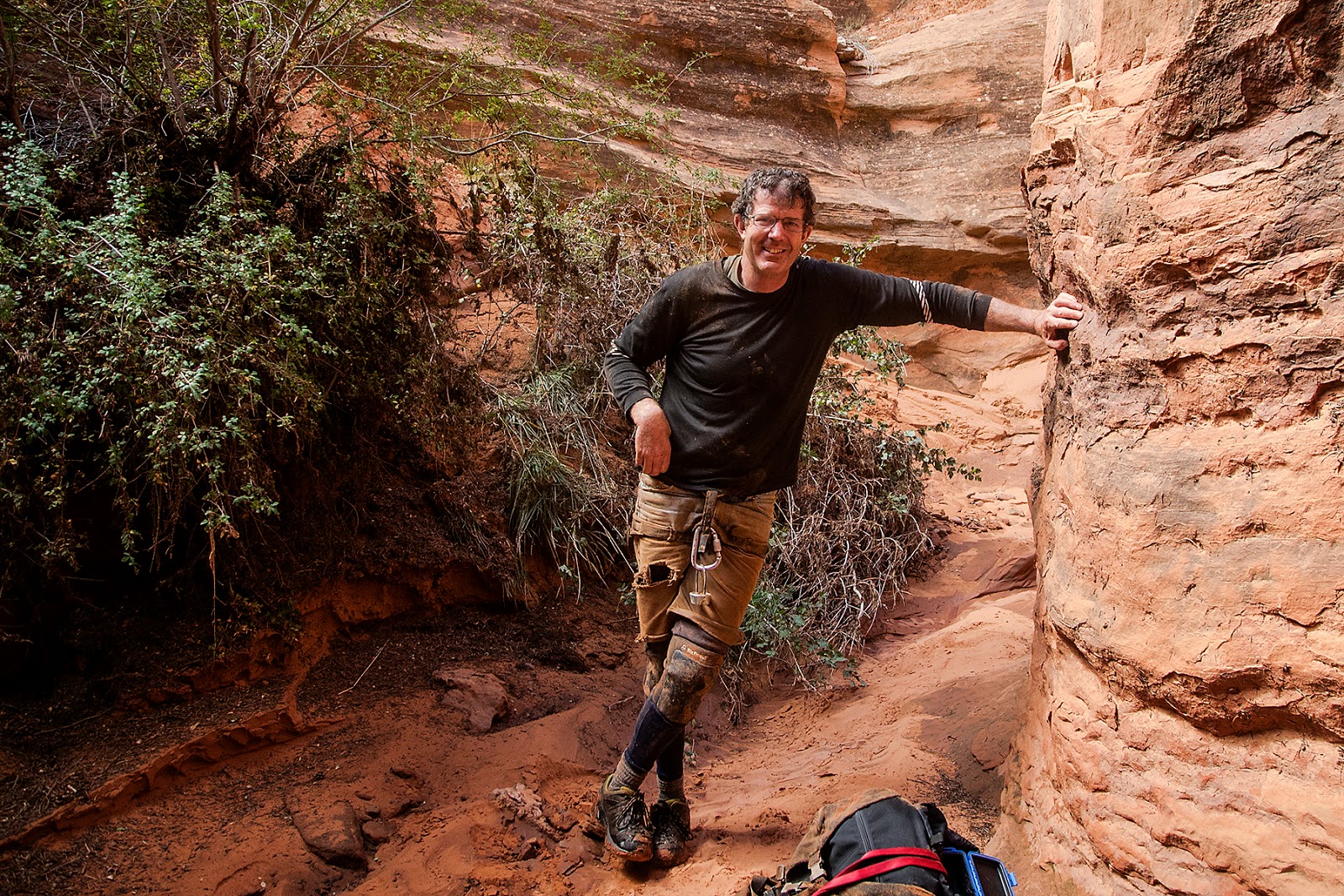 Me near the end of Pandora's.  Another pair of canyoneering shorts destined for the dumpster at the Capitol Reef V.C.

Posted by Ken Driese at 7:57 AM No comments: