A brief update on our cats 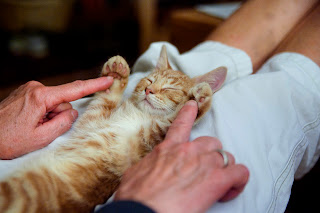 As they are wont to do, our kittens, Henry and Pysmon, now approaching 1-year-old, have grown, and though they now look like cats, they still act like kittens. They're a little lazier than they were, but they can knock over larger objects than they once could.

I'm exposing myself to all sorts of criticism by blogging about our cats, I know. There's a lot of over sharing about cats on the web--from viral YouTube videos to endless slide shows with tacky transitions. But they're a pretty big part of my day--they wake me up in the morning and greet me when I come home from work. 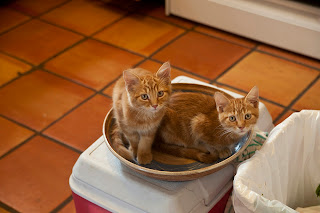 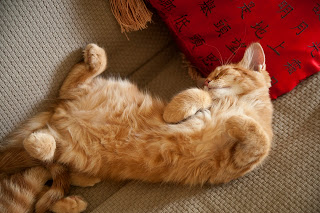 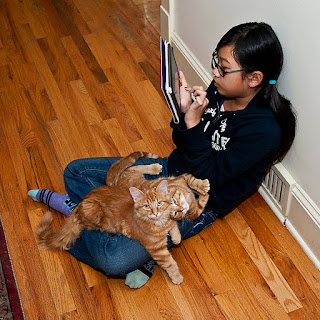 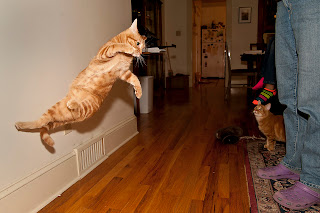 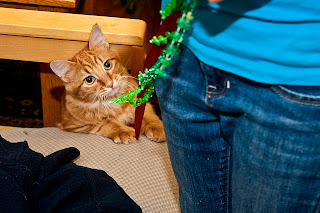 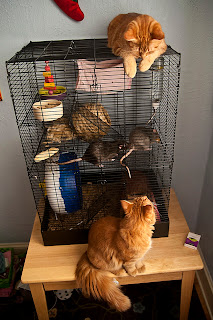 With Brava and Smudge, December 2012. 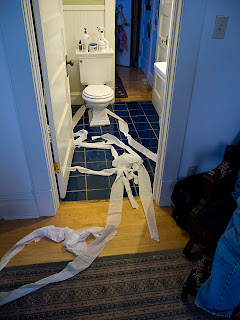 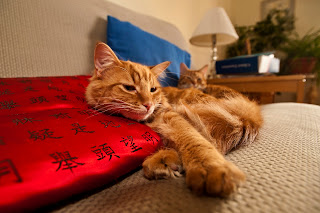 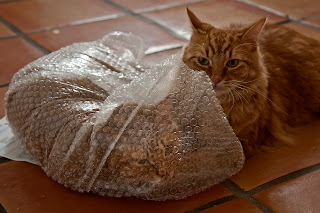