Back to the Salt Mines 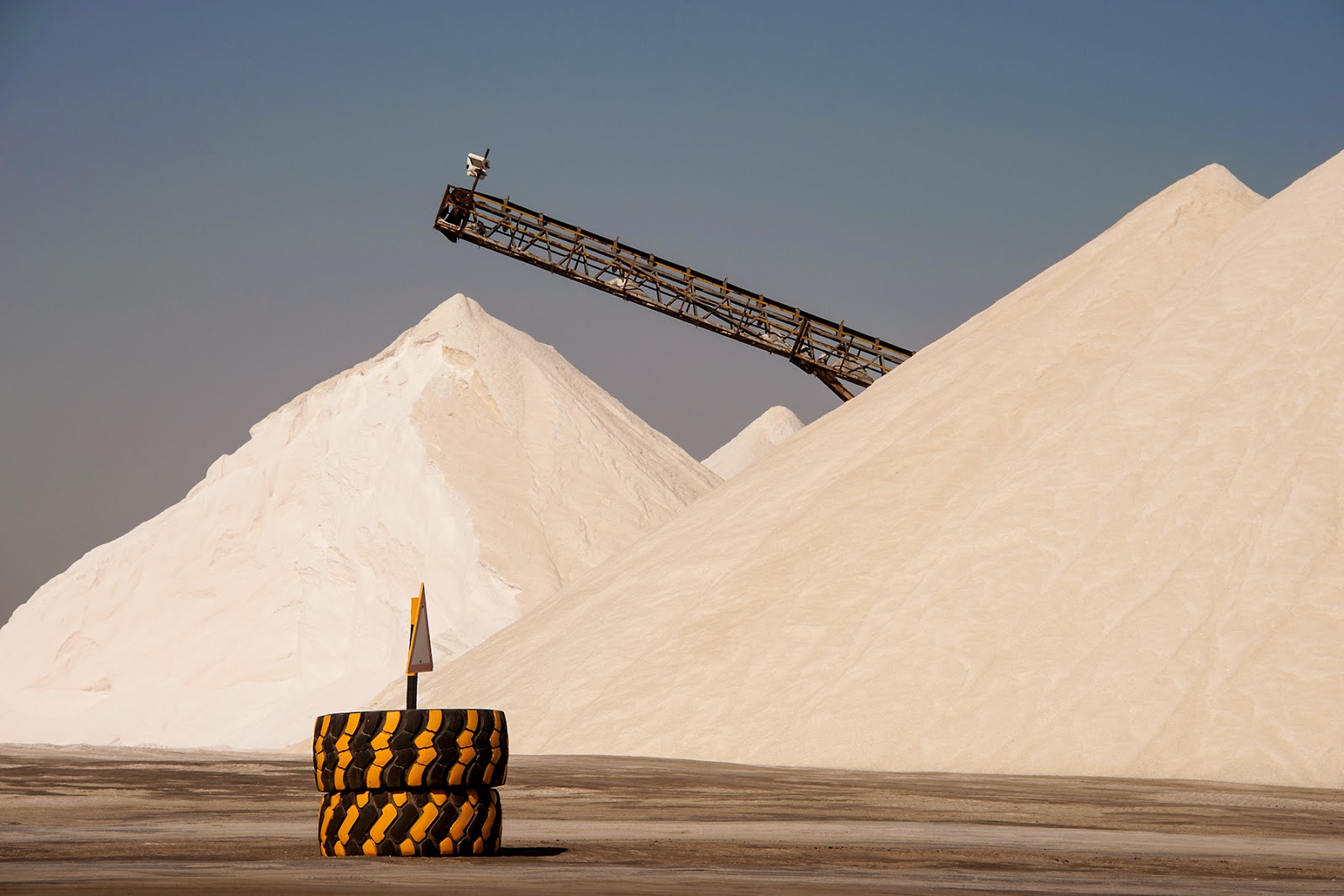 The salt mine at Walvis Bay, Namibia.

As mid-August arrives, the idiom “back to the salt mines” comes to mind as I feel the gnawing need to prepare for fall teaching and to catch up on all of the other work that I’ve neglected since June, when summer seemed infinite.  Of course, it’s a stretch to equate a university teaching job that has great benefits and summers off with working in a salt mine, though later in the semester, when it comes time to grade 40 undergraduate research papers, I might think fondly about big white piles of salt waiting to be shoveled into trucks.

There’s all kinds of speculation on the web about the origin of the phrase.  The common theme is that working in salt mines isn’t at the very top of the career ladder for most people, and that the work is dangerous, arduous, repetitive, and unpleasant.  Many accounts reference a particular salt mine in olden Siberia, used as a prison by a cruel Russian ruler.  Workers there were reportedly flogged to death for not working hard enough (denial of tenure?).

Even the word “salary”  (Latin salarium) apparently has “salt” at its root, and the expression “worth his salt” is based on payment to Roman soldiers in salt, a valuable commodity in those days.

An article by Natalie Houston in the Chronicle of Higher Education laments the increased use of this idiom by teachers as summer draws to a close and they prepare to go back to work.

“Each time you say something like “back to the salt mines” (which is usually accompanied by a shrug, or slumped shoulders) you reinforce your own attitudes about your workplace as being somehow like a dangerous mine where prisoners labor.  Sure, maybe you didn’t mean it, or not at a conscious level.  But if you think or say “salt mines,” “salt mines,” “salt mines,” several times a day, you’re probably not going to be feeling lively, energized, or creative. “

But a comment on the article notes that, “While work may not be killing them in one fell swoop, the cumulative effects of email, being available by mobile, insomnia, high stress, eating lunch at one’s desk, etc., don’t seem to add to life expectancy either.”

I had the good fortune to visit actual salt mines in Namibia this summer, and though I wouldn’t want to work there, they seemed like reasonable workplaces in general.  The Namibian mines I saw were located on the Skeleton Coast and they were evaporative rather than underground.  The biggest mine, south of Swakopmund at Walvis Bay covered a vast area of salt flats where salt from evaporative ponds was gathered by big bulldozers, cleaned at a salt refinery, and loaded into trucks for shipment.  The seawater here is supposedly especially good for salt, because the cold Benguela Current flowing northward up the coast is unpolluted.

A news article in “The Namibian” says that the Walvis Bay mines produce about 780,000 tons of coarse industrial salt and 60,000 tons of table salt each year. That’s enough to raise your blood pressure more than a back-to-school ad in the local paper. 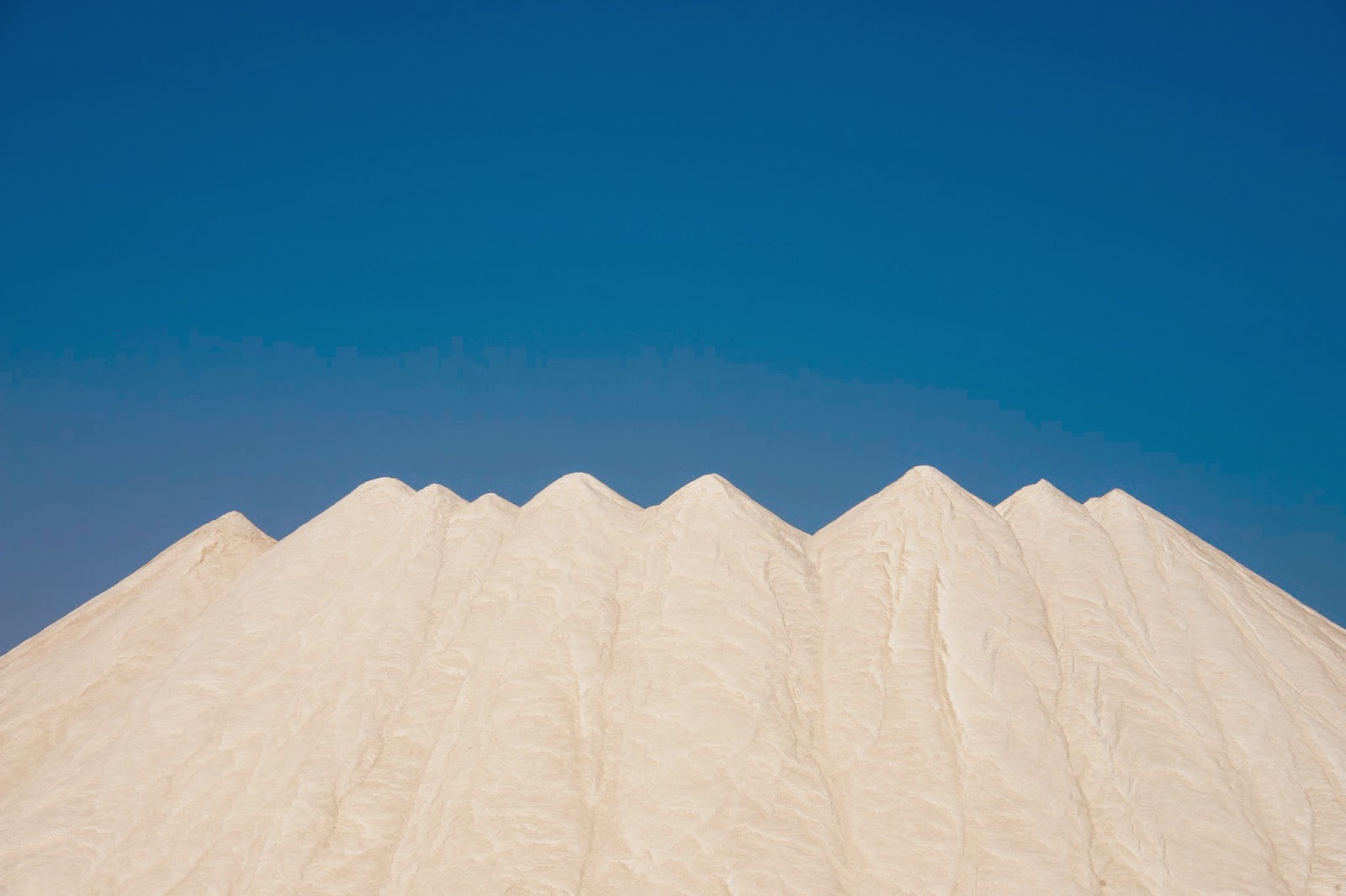 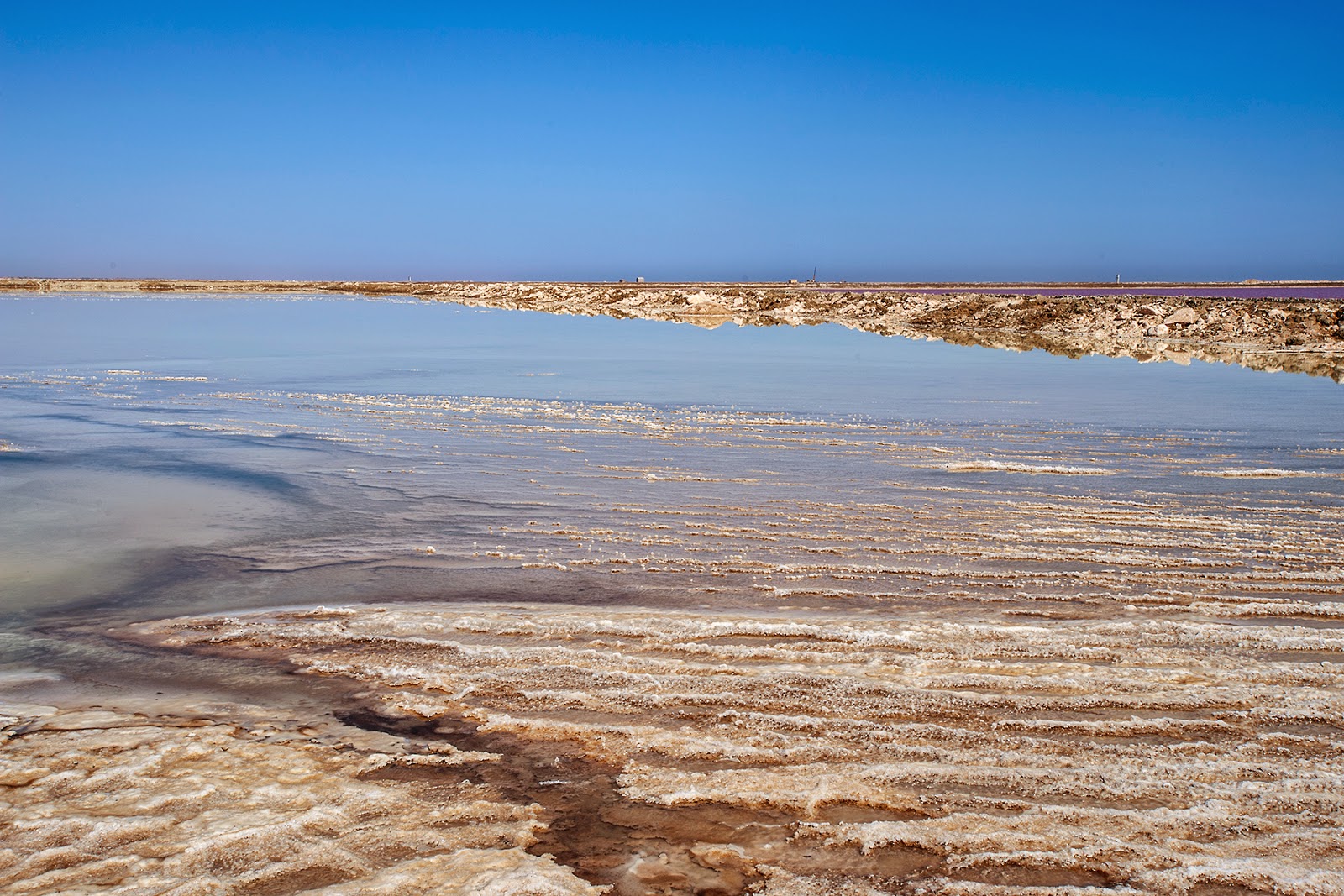 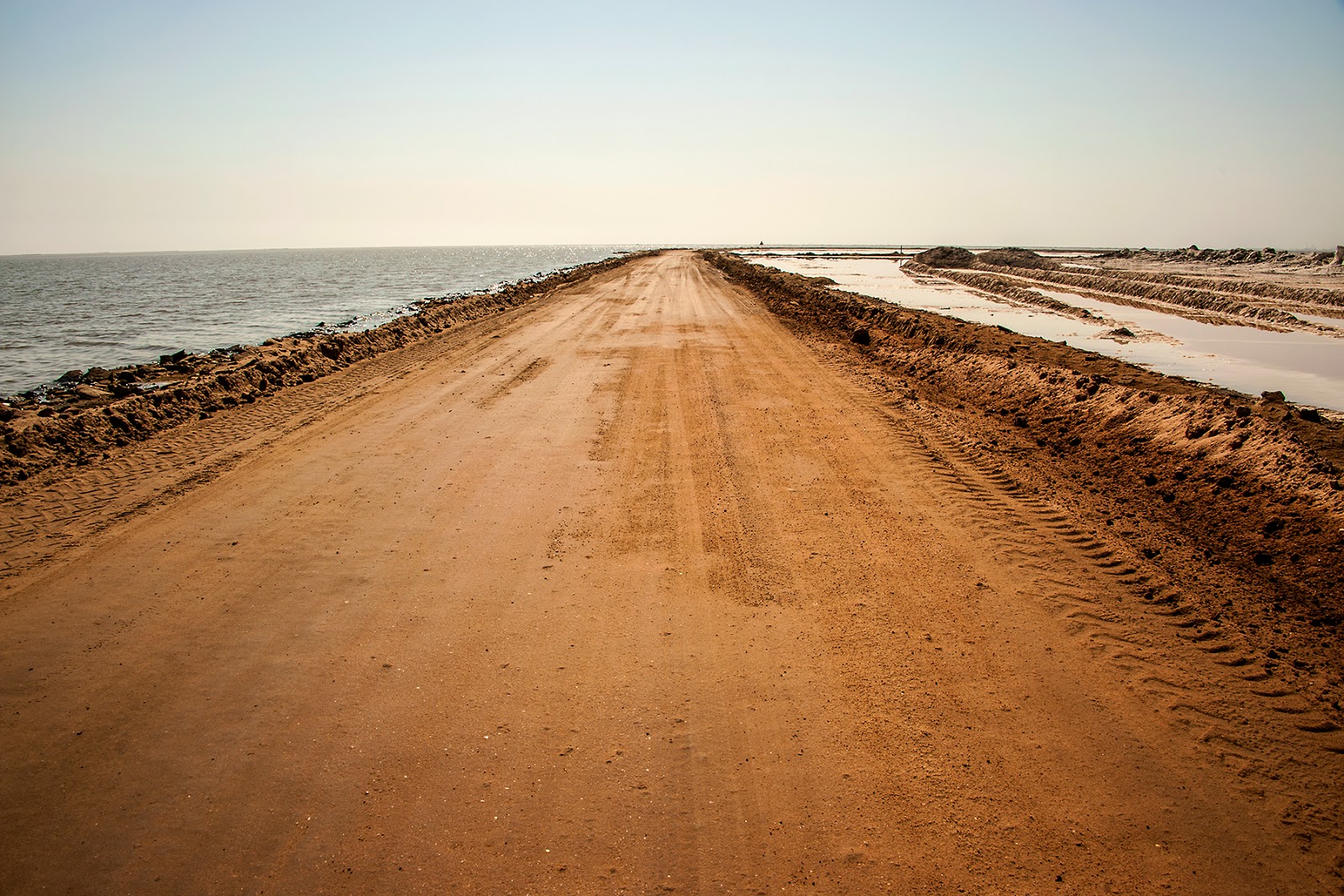 Salt road.  Atlantic Ocean on the left, salt ponds on the right. 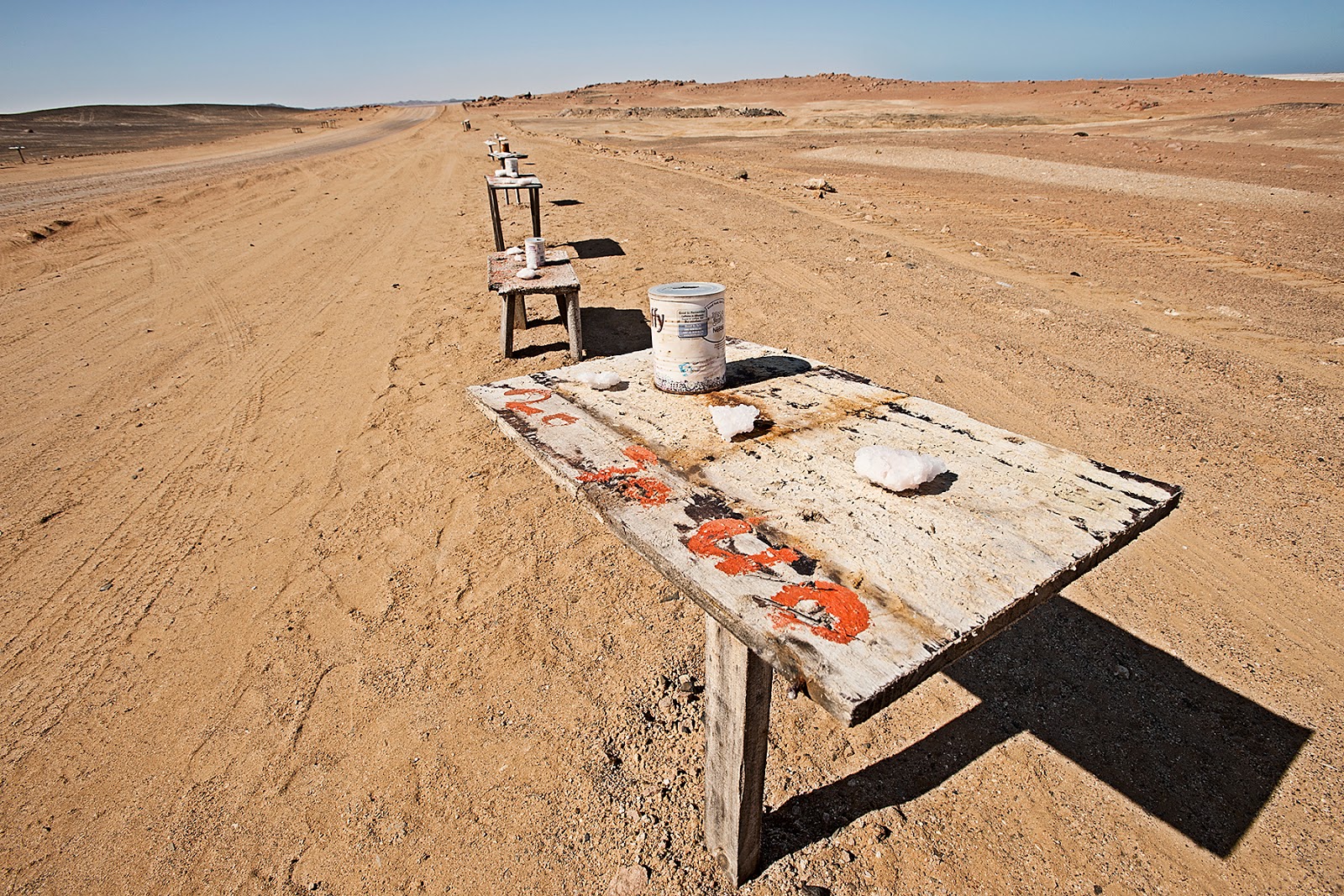 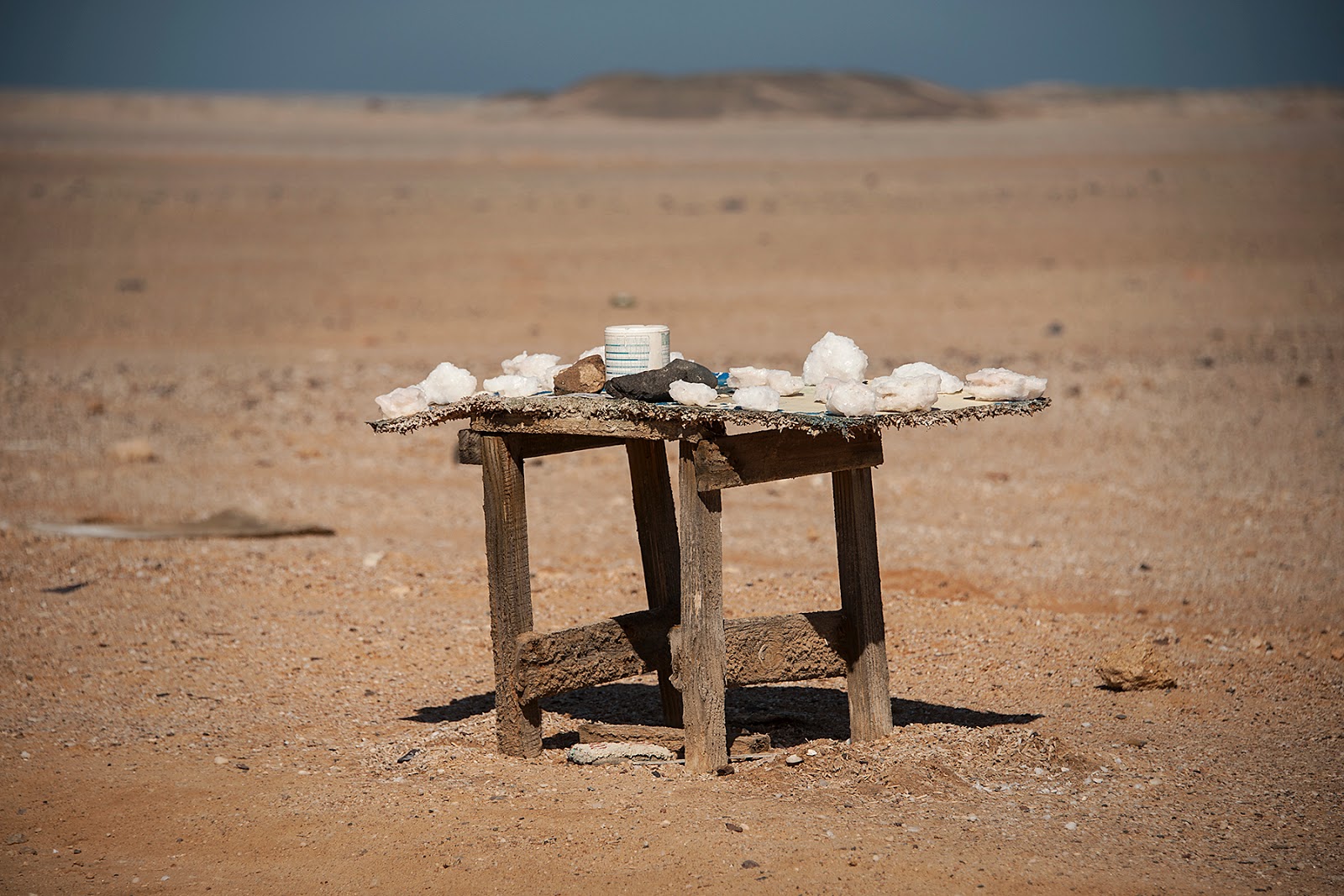 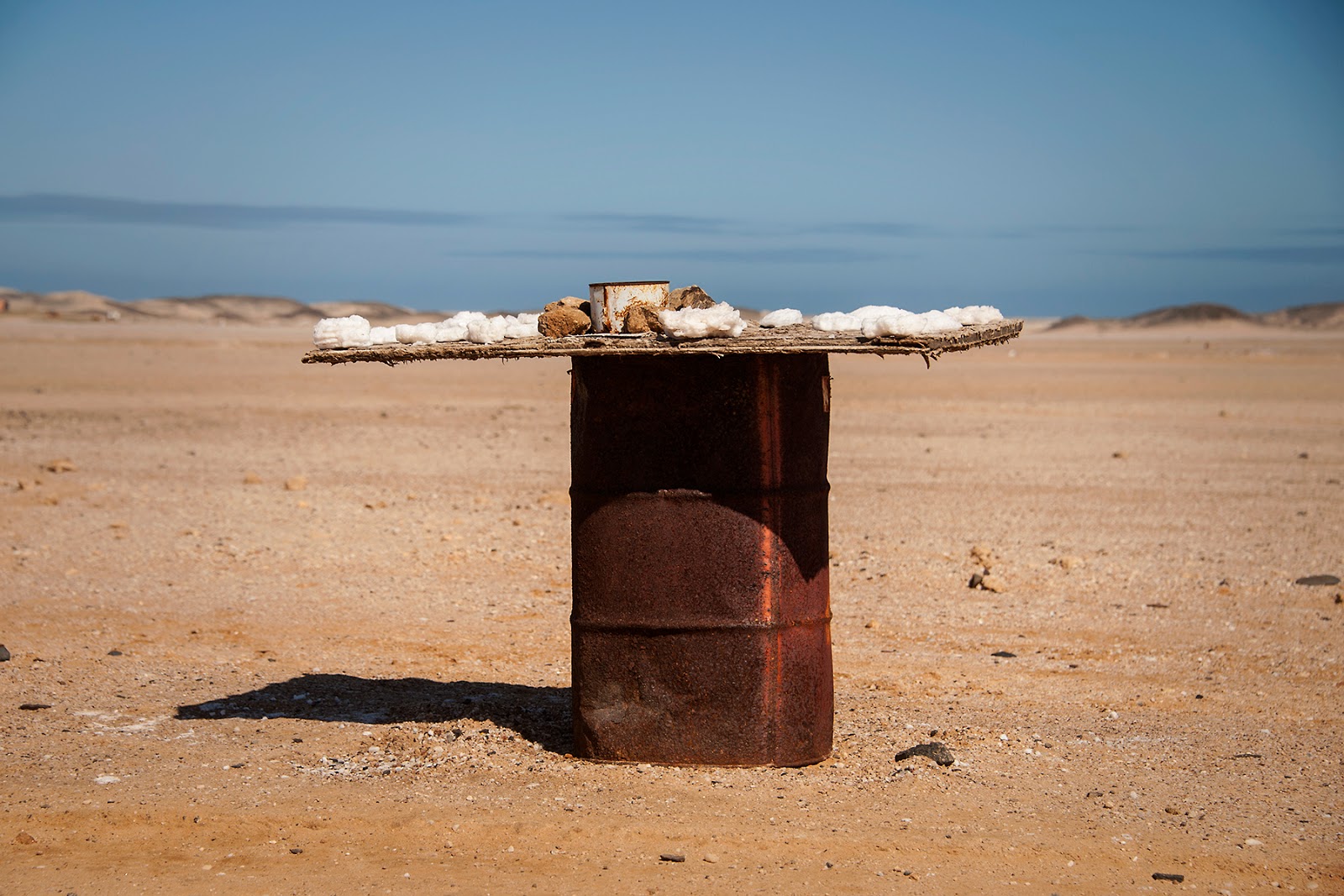 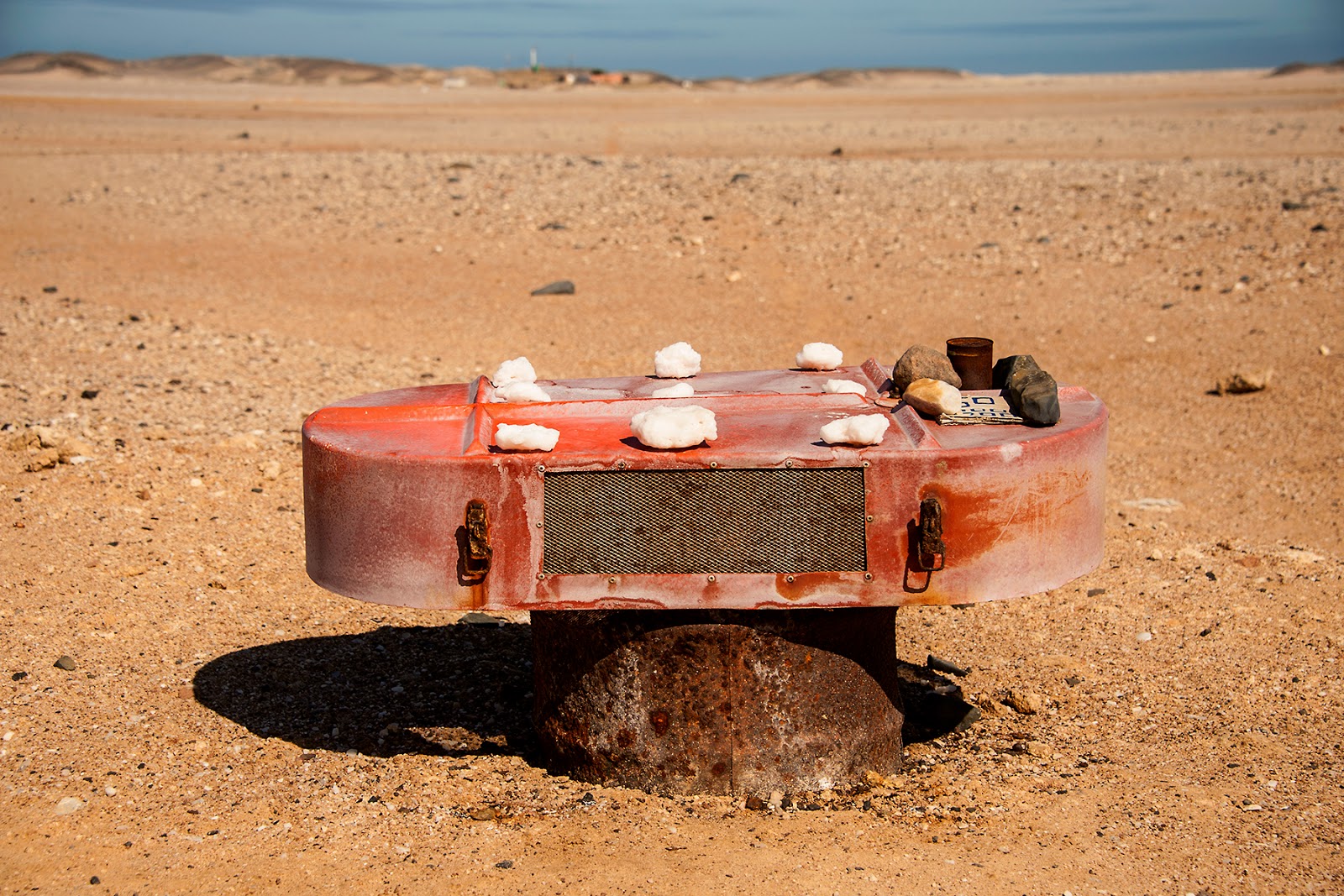 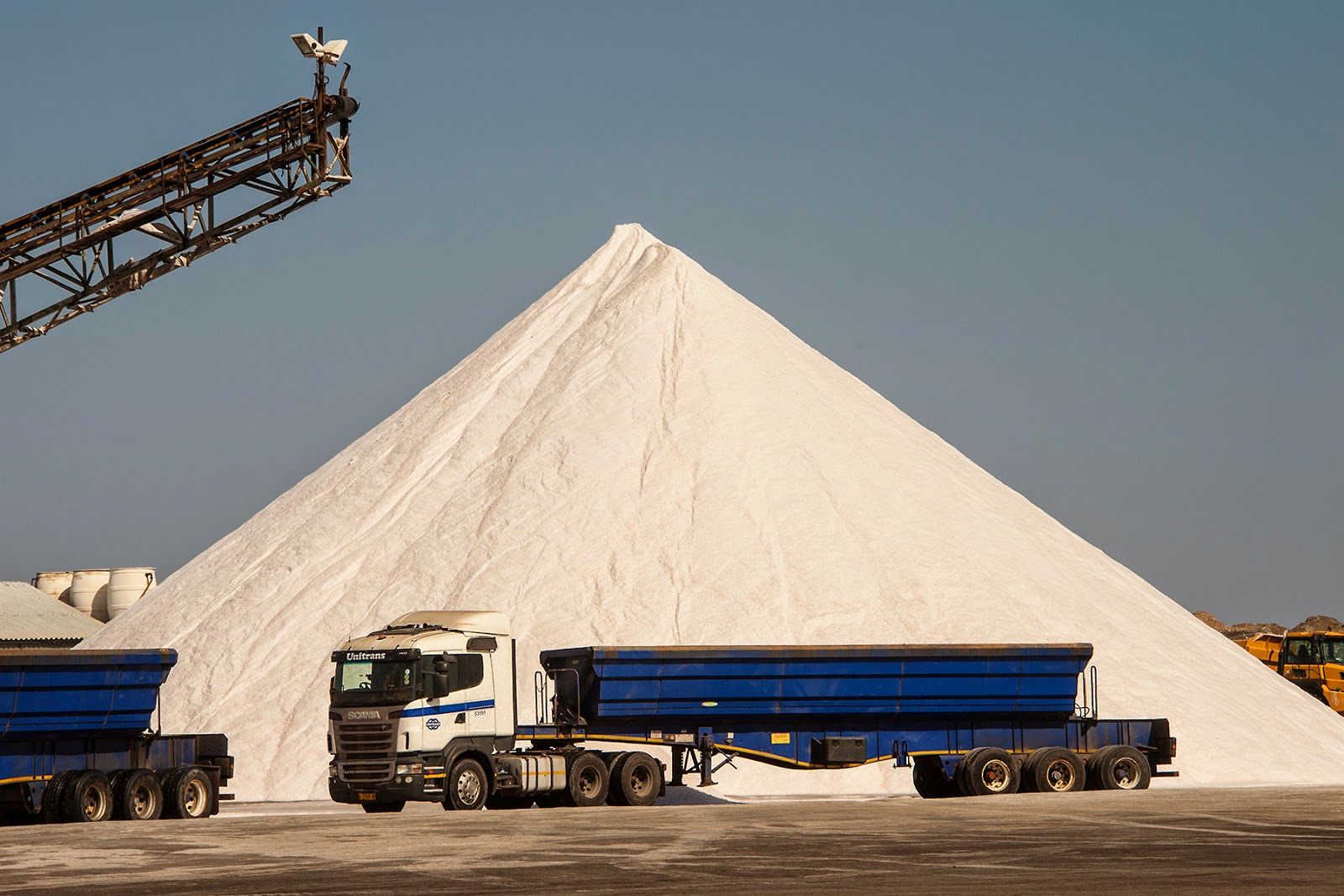 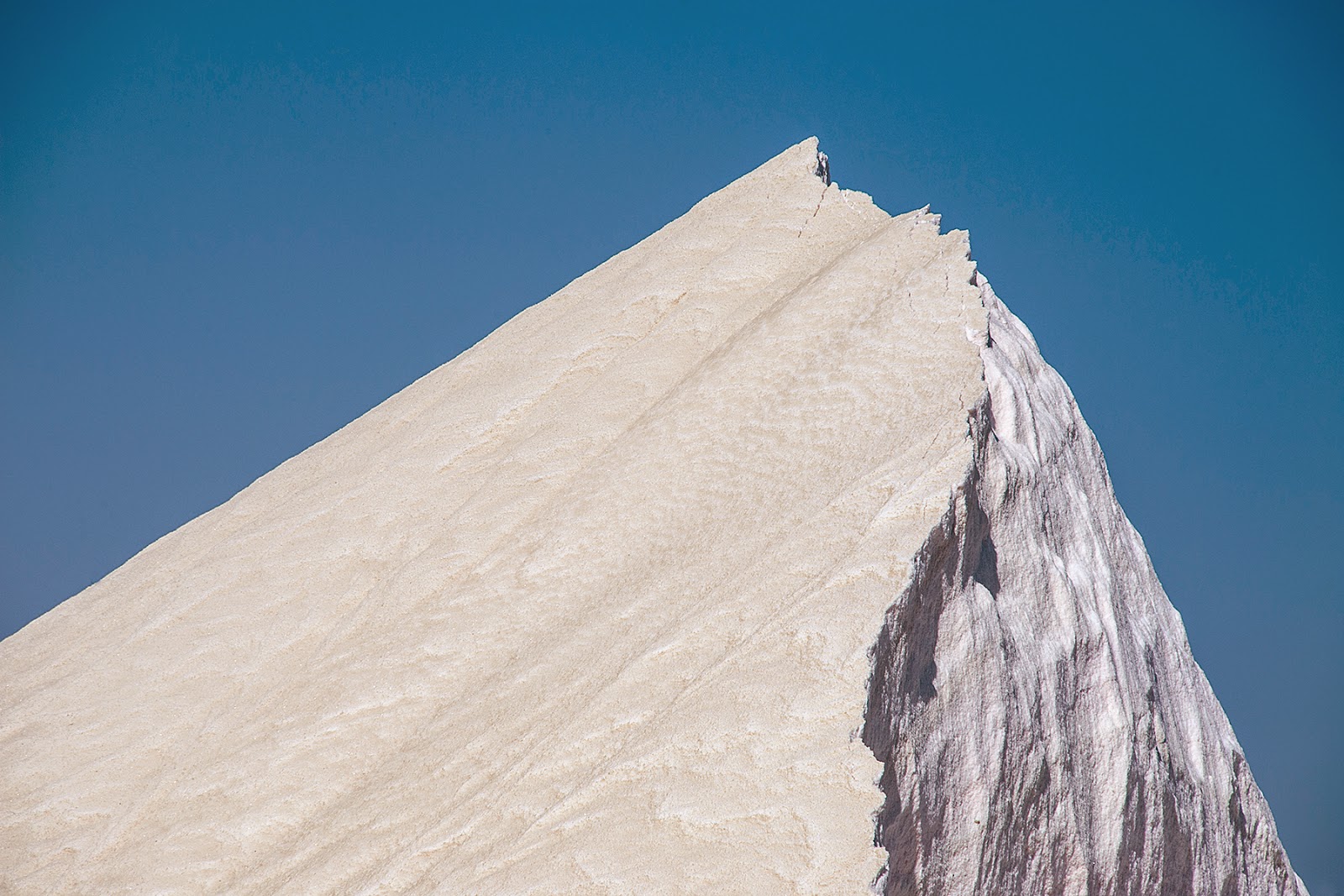 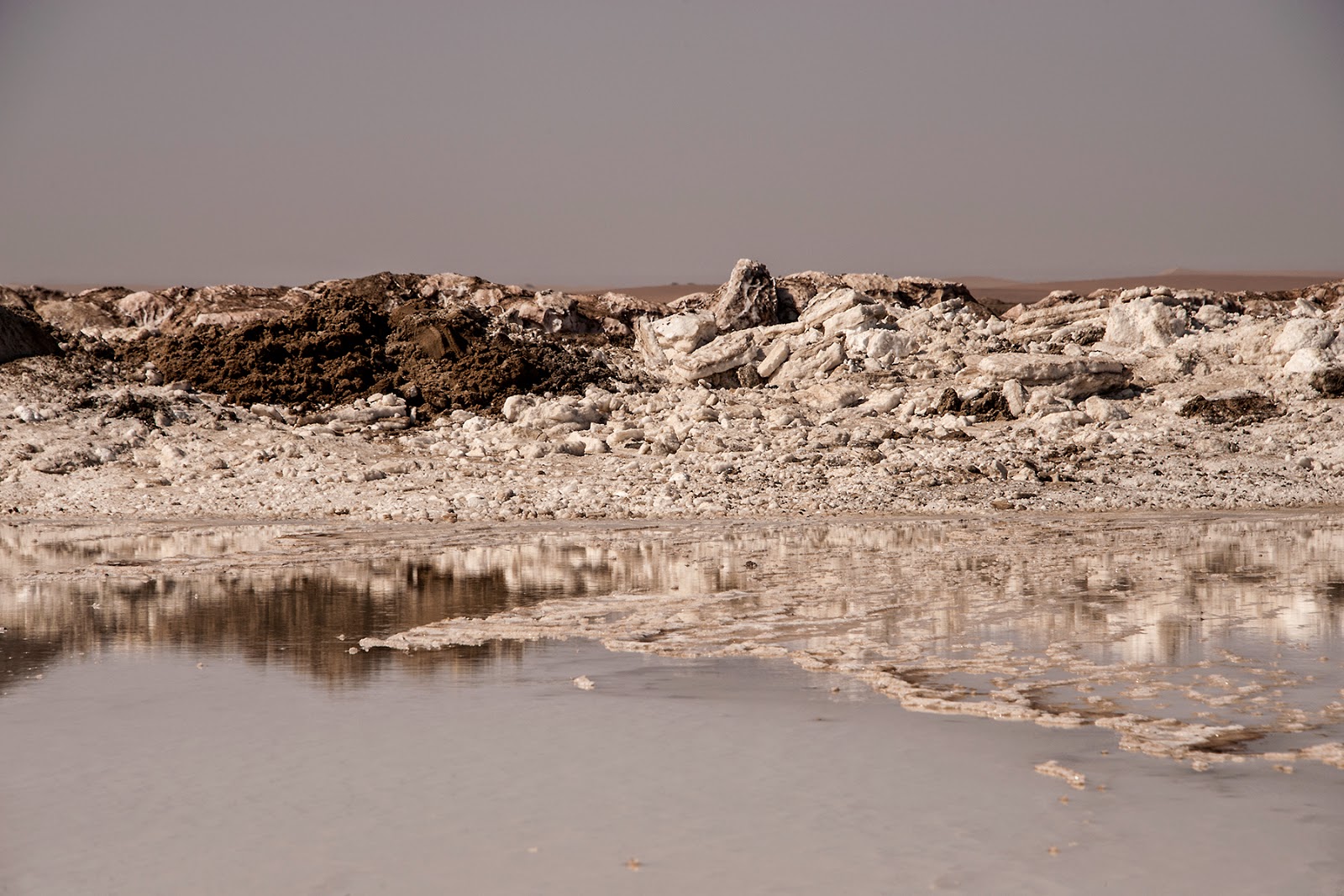 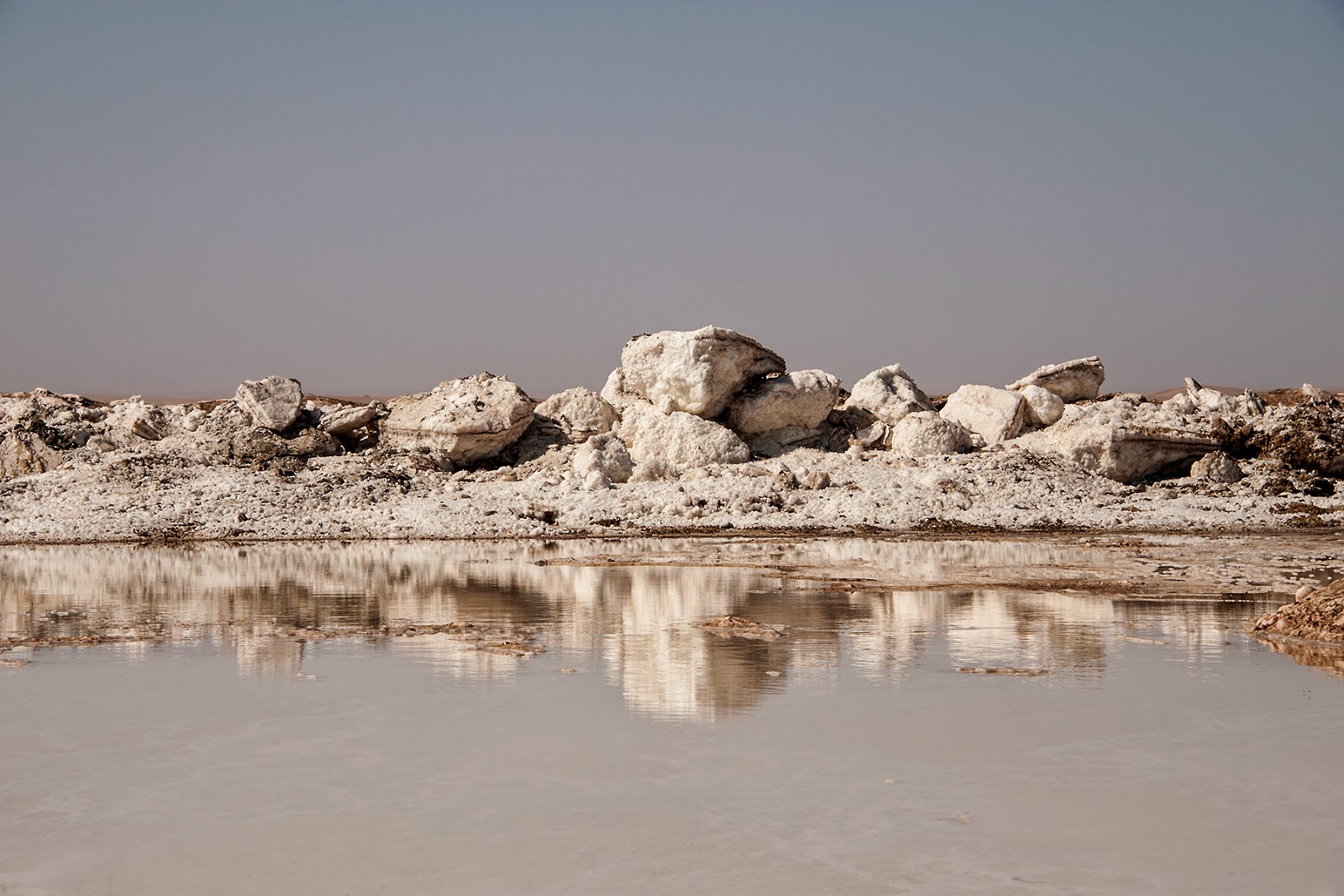 A familiar Laramie scene, but here it's salt not ice, and the temperature was in the 90s. 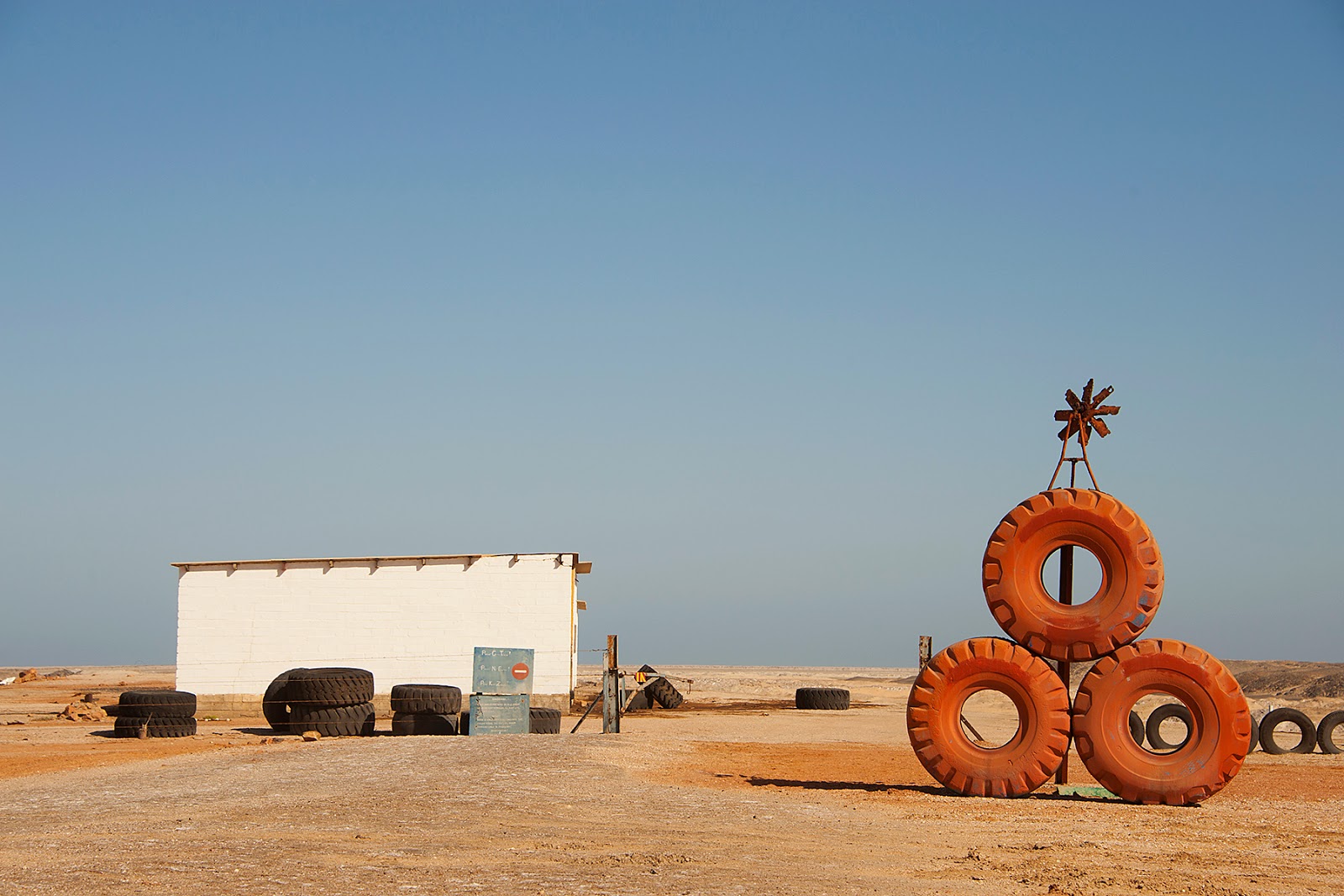 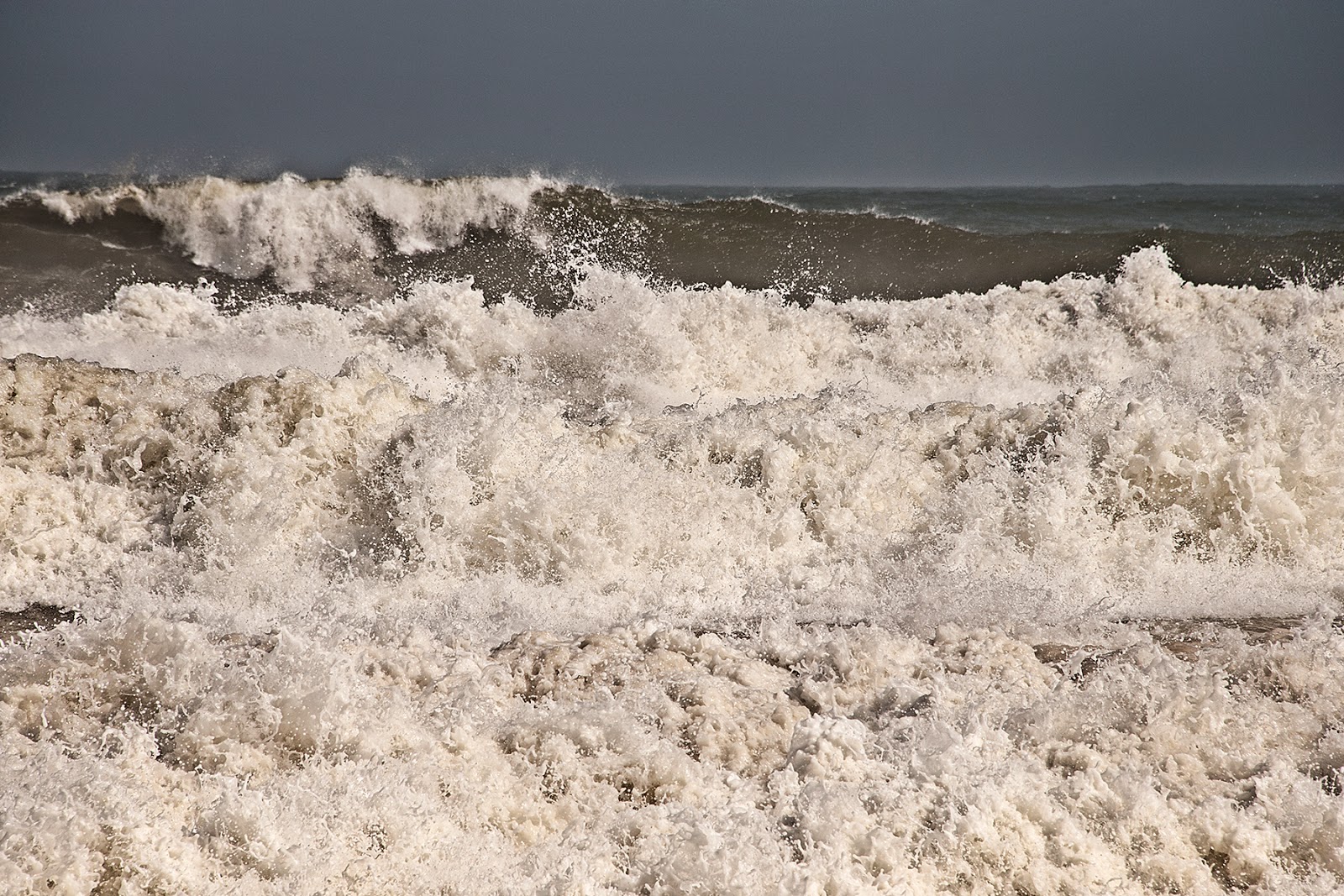 The Atlantic Ocean, where the cold Benguela Current brings clean salt to the Skeleton Coast.