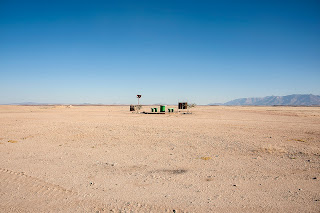 Pat Kikut, a lecturer for the University of Wyoming Art Department, presented at the first Geography seminar of the spring on his project exploring the high points of Texas, Oklahoma, Kansas, Nebraska, and the Dakotas. As you might imagine, some of these aren’t much higher than the grasslands spreading out from them in all directions, and much of the fun of the project appeared to be in finding these topographic crests, camping near them in a vintage trailer, and wandering around the High Plains on long summer road trips.

One result was a series of simple paintings where horizon lines, defined by distant patches of trees or human detritus, divided the canvas into sky and prairie.  Kikut said in his seminar that he experimented with how a few dabs of paint along the horizon line in a 30” x 60” canvas can define so much space.

In the press release for a showing of the work at the Ucross Foundation near Sheridan, Kikut said:

“Western landscape painters have mostly ignored the High Plains…These landscapes often appear to me like empty stages where the actors have abandoned their spots on the stage and left the props of their actions strewn about the landscape/stage. They are powerful to witness as they often reflect an interesting interaction between our encroaching culture and the unpredictable forces of nature.”

The same might also be true of photographers, although there are more of us, many of whom live in these landscapes.

Namibia is a long way from the U.S. High Plains, but Kikut’s artwork and photographs reminded me of trying to capture images of the often unbroken starkness of the Namib Desert, so I’m posting some from there, most taken at the end of my own 2014 road trip, after I had hiked across the Brandberg Mountains. 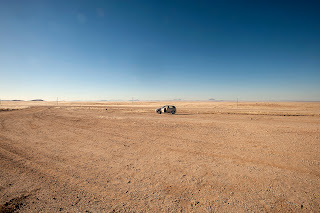 My not rugged rental car, Namibia. 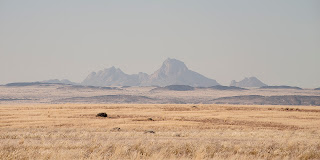 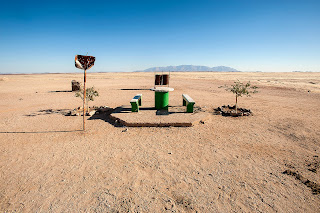 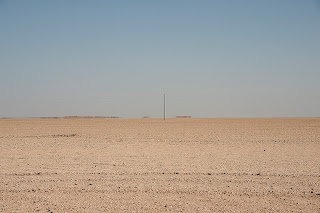 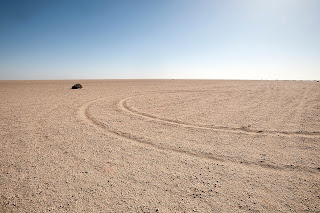 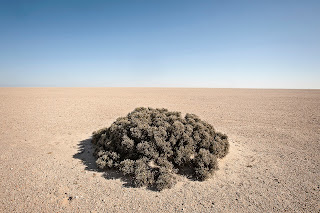 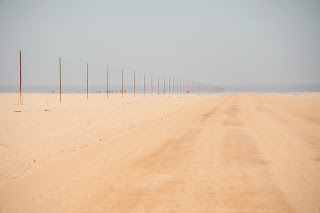 Powerline leading to the Atlantic Ocean. 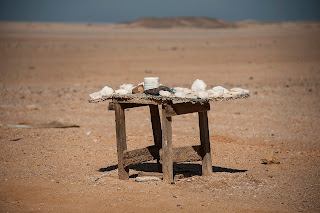 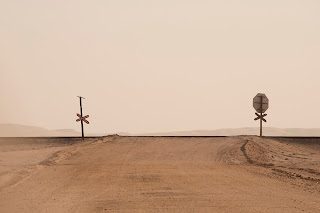 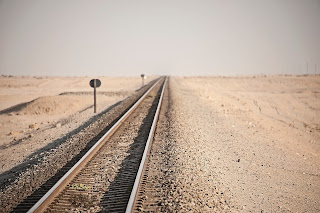