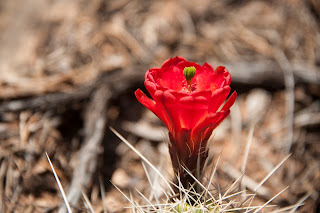 I googled “flower pictures” and in 0.58 seconds was presented with “about 90,000,000 results.” Many of the first 100 of these are garden flowers, but some are wild, with disturbingly cheerful flocks of butterflies flitting around them; geometrically precious drops of water cling to others, causing brilliant sunbursts(!). Who knows what floral eddies the remaining 89,999,900 will probe.

For this and other reasons (the google result for “flower clichés” connects flowers and vaginas within four hits), I hesitate to probe further.

But…anticipating a summer of recovery from a planned knee surgery, I rushed to Cedar Mesa, Utah after classes ended and spent four days wandering (limping), looking for ruins and savoring perfect weather. I was surprised that the desert was blooming—something I don’t usually see, since we normally go south in March before it has greened up much, or in September after most of the flowers have faded. The cacti were particularly spectacular, eroding my resolve to stay above all of that, photographically.

So here are desert flower pictures and now I have dedicated one blog post to flowers. If I do this again, slap me, even if I beg. 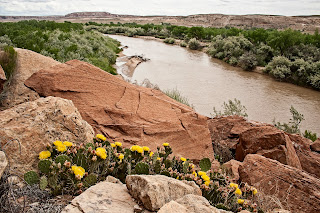 Prickly pear flowers and the San Juan River, near the River Petroglyph Panel west of Bluff. 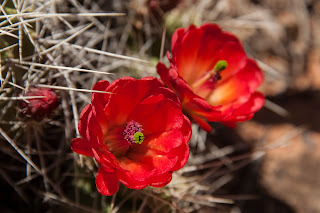 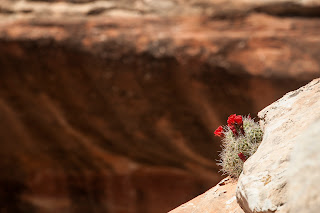 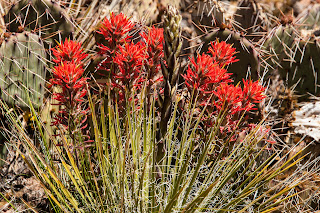 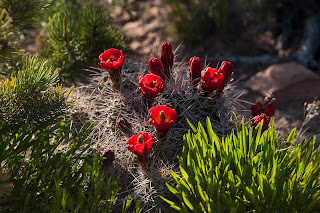 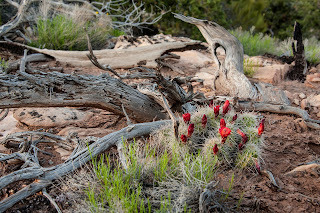 And more, with dead juniper. 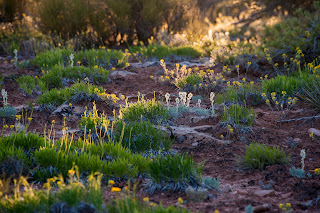 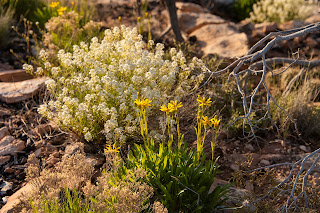 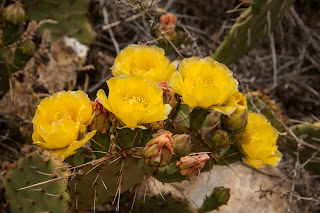 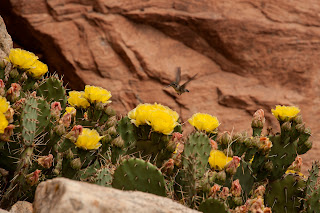 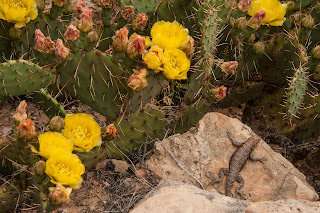 Lizard watching the hummingbird pollinate the prickly pear along the San Juan River near the petroglyph panel. 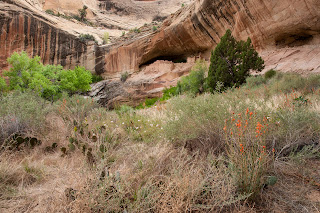 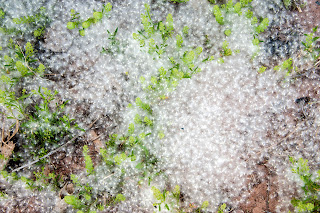