The Atlantic City Iron Mine 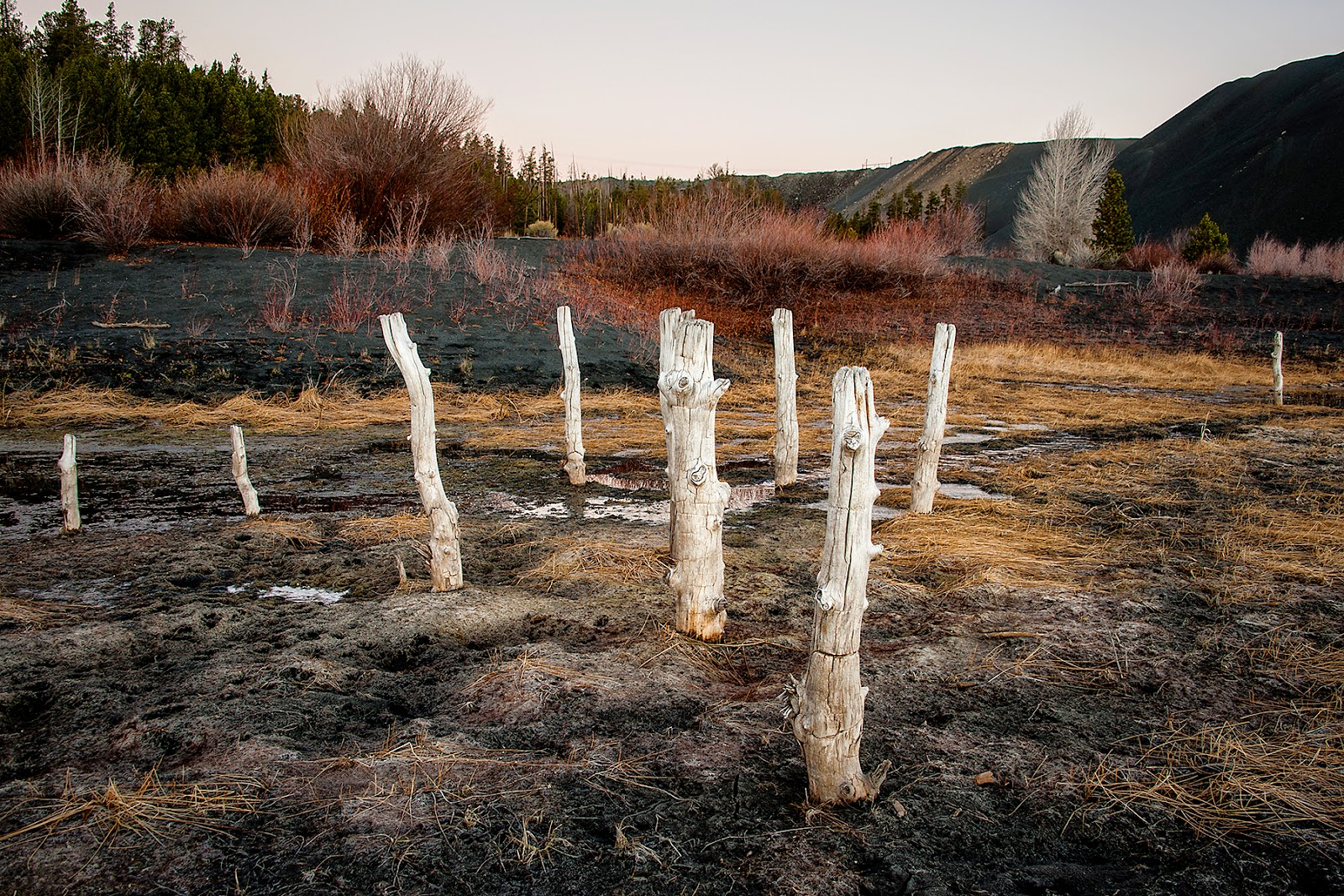 Old trees in the tailings at the Atlantic City iron mine (Fall 2014).
(Click images to view larger)

Atlantic City, on South Pass at the southern end of the Wind River Mountains in Wyoming, is well known for historic gold mines, but there is also a huge abandoned iron mine there called the Atlantic City Iron Mine that was owned by U.S. Steel.  Iron pellets were shipped to Utah for processing while the mine was active.  It operated from 1962 until 1983 and left behind a pit filled with water and huge piles of taconite tailings that have been the target of reclamation efforts under the Abandoned Mine Land (AML) reclamation program.  WyDOT still uses waste rock from the site for roads and rip rap, but mostly the site sits empty.

I've driven past the mine many times and even stopped to look over the barbed-wire fence at it, but had never walked around in there until last fall (2014), when I jumped the fence to shoot some photographs of the black tailing piles, now partly covered with sparse plants that are hearty enough to grow on taconite at 8,000 feet above sea level.

A 2012 article in County10.com gave the mine a “5 to 10 percent chance” of reopening to extract substantial iron that is still in the pit, but when I was there in the Fall of 2014, there was no activity. 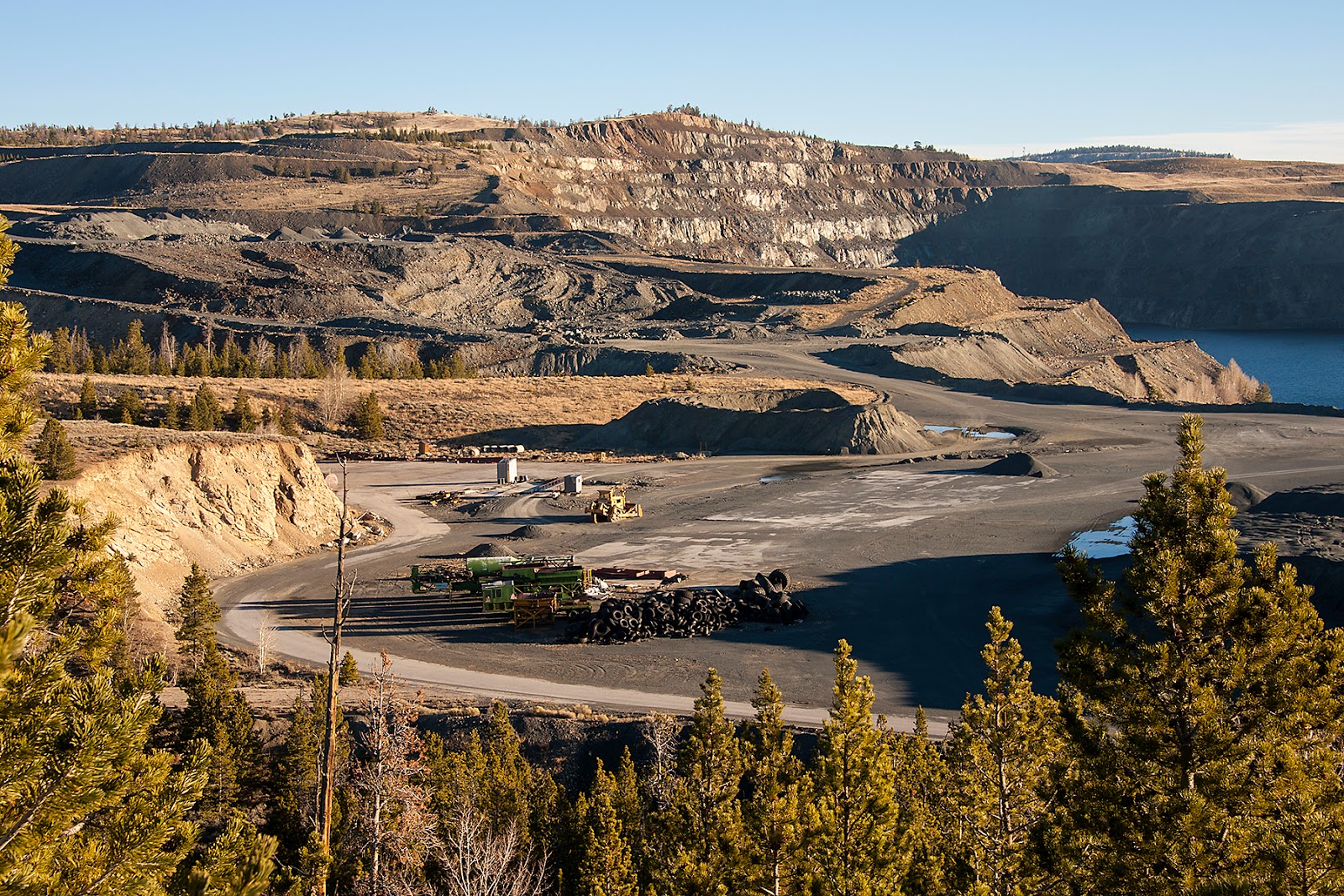 The view into the pit from atop one of the tailing piles. 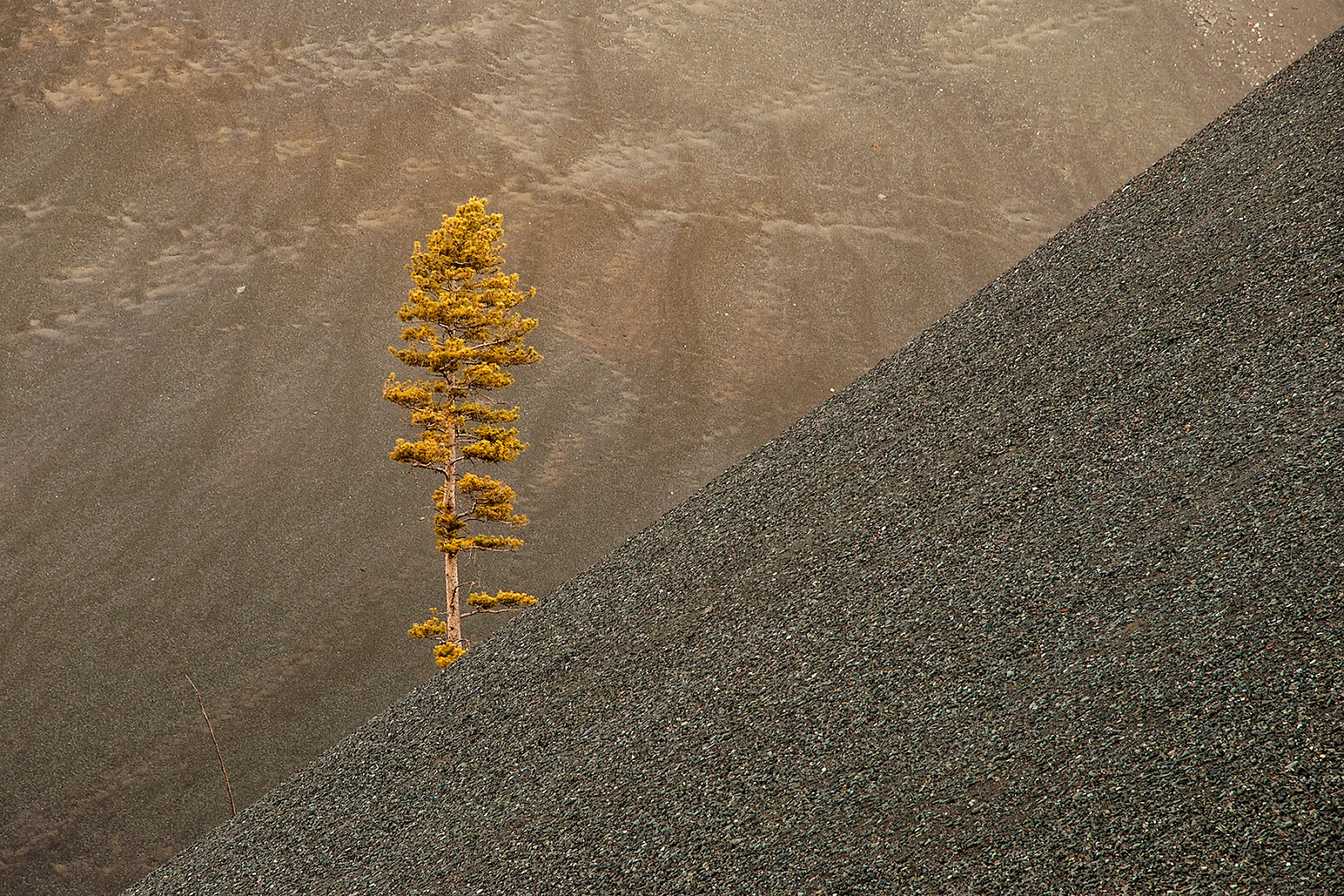 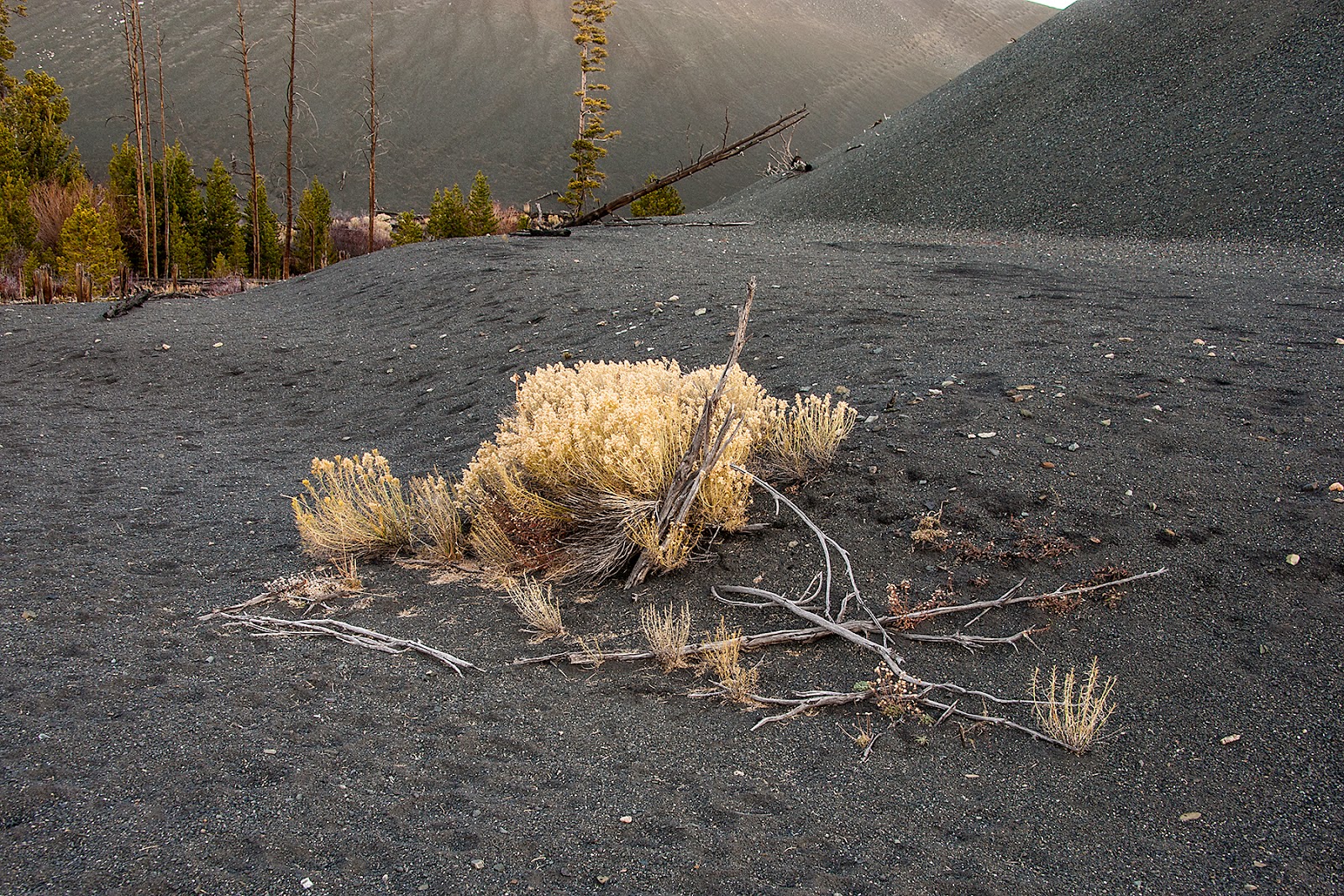 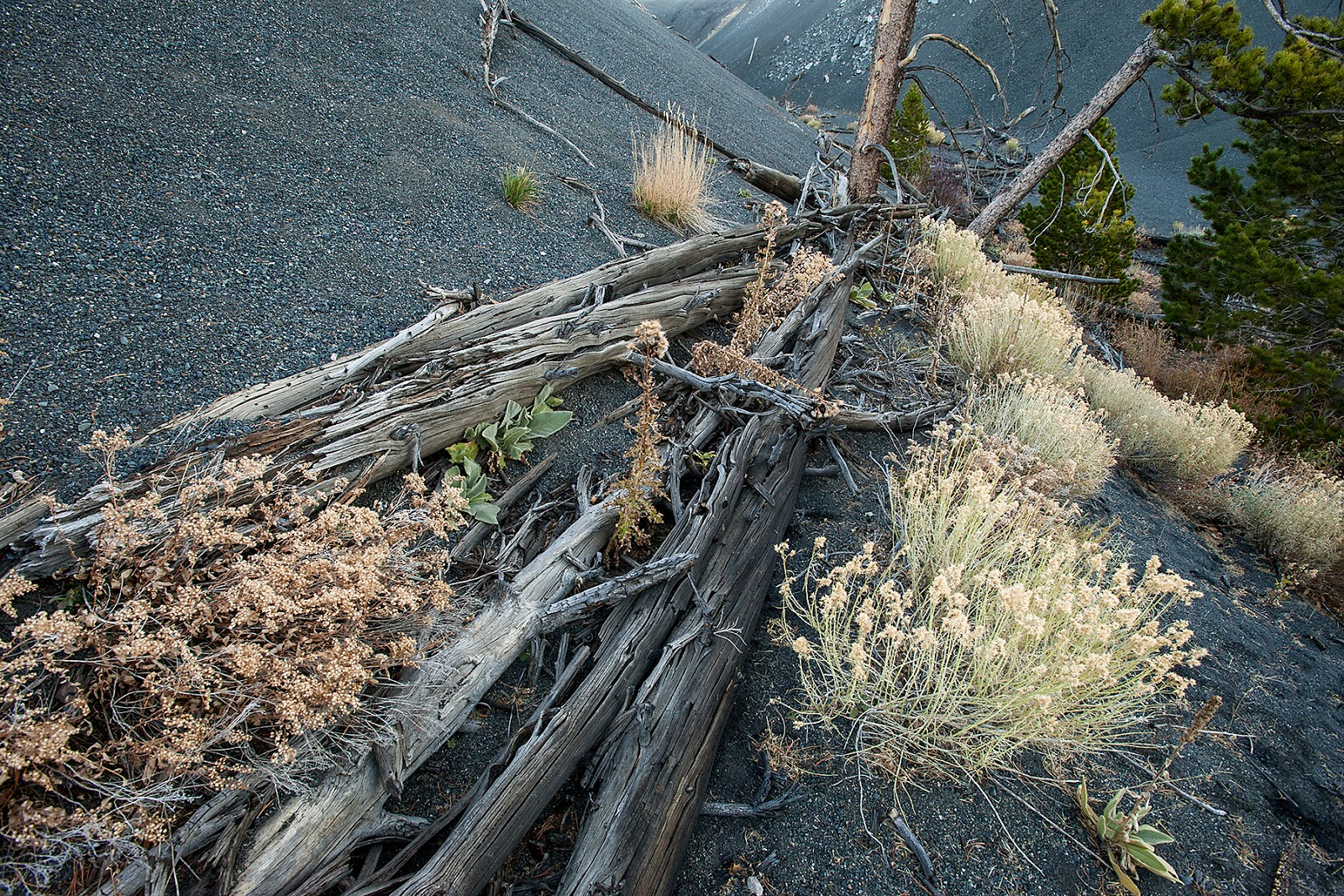 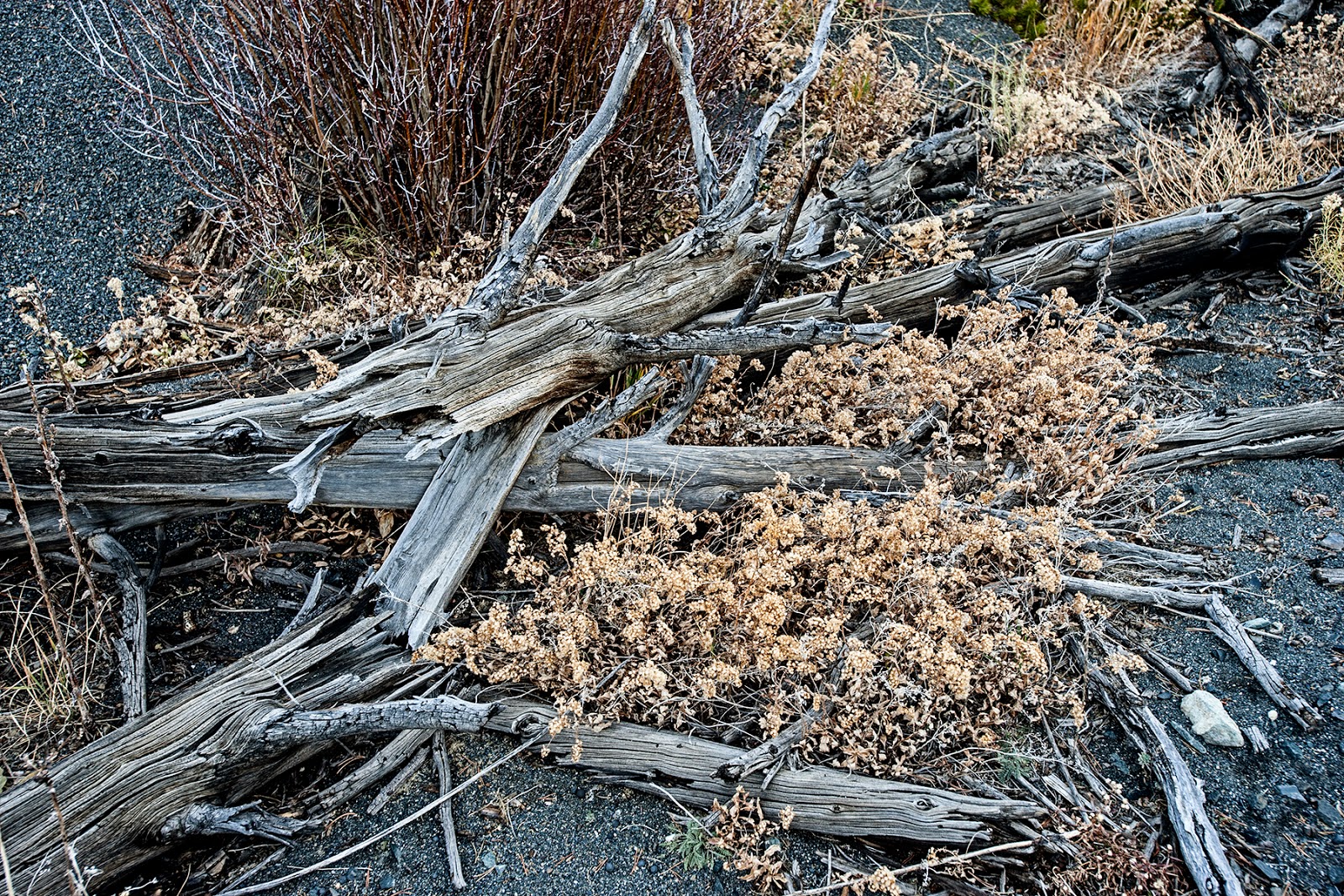 Plants in the tailings. 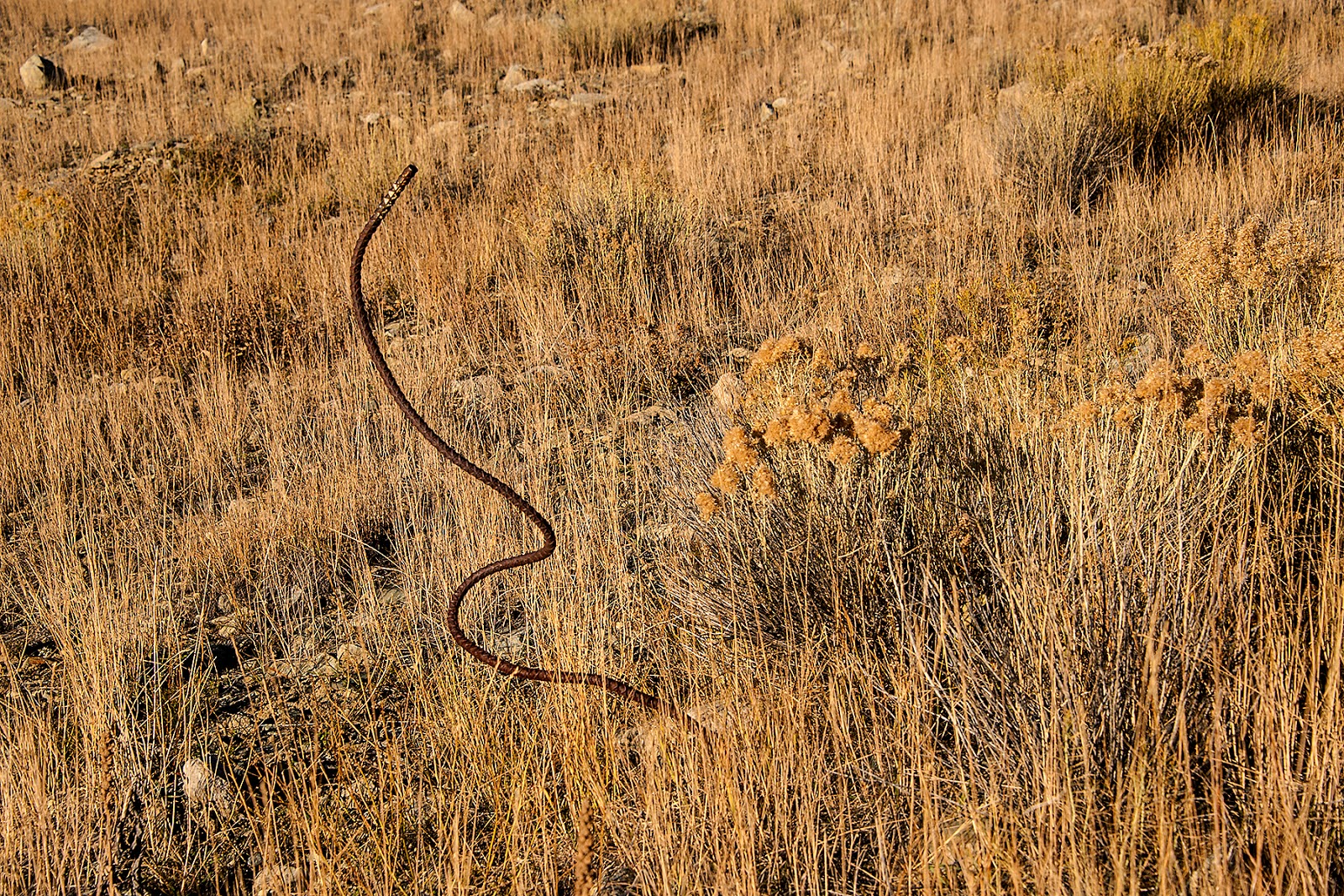 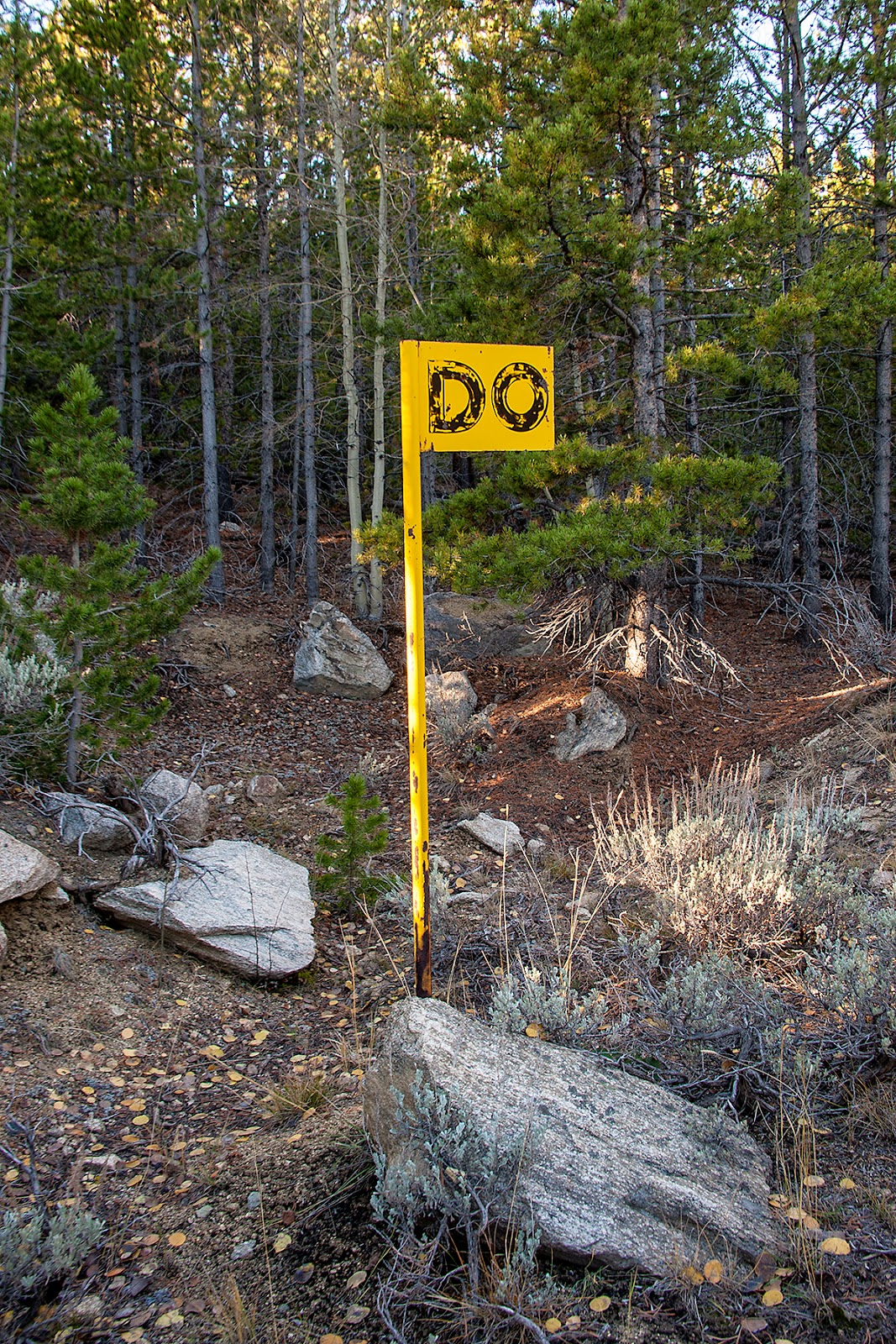 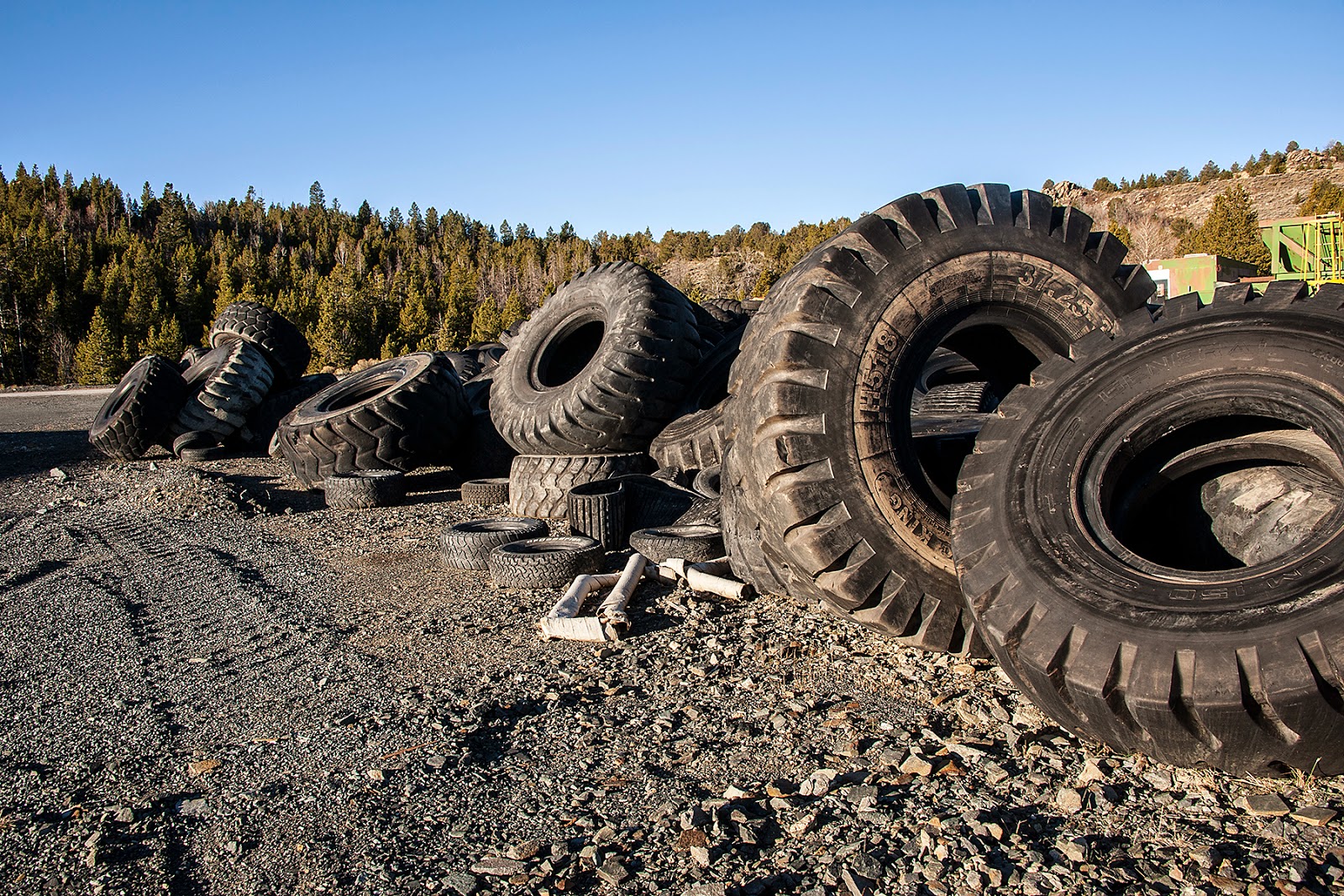 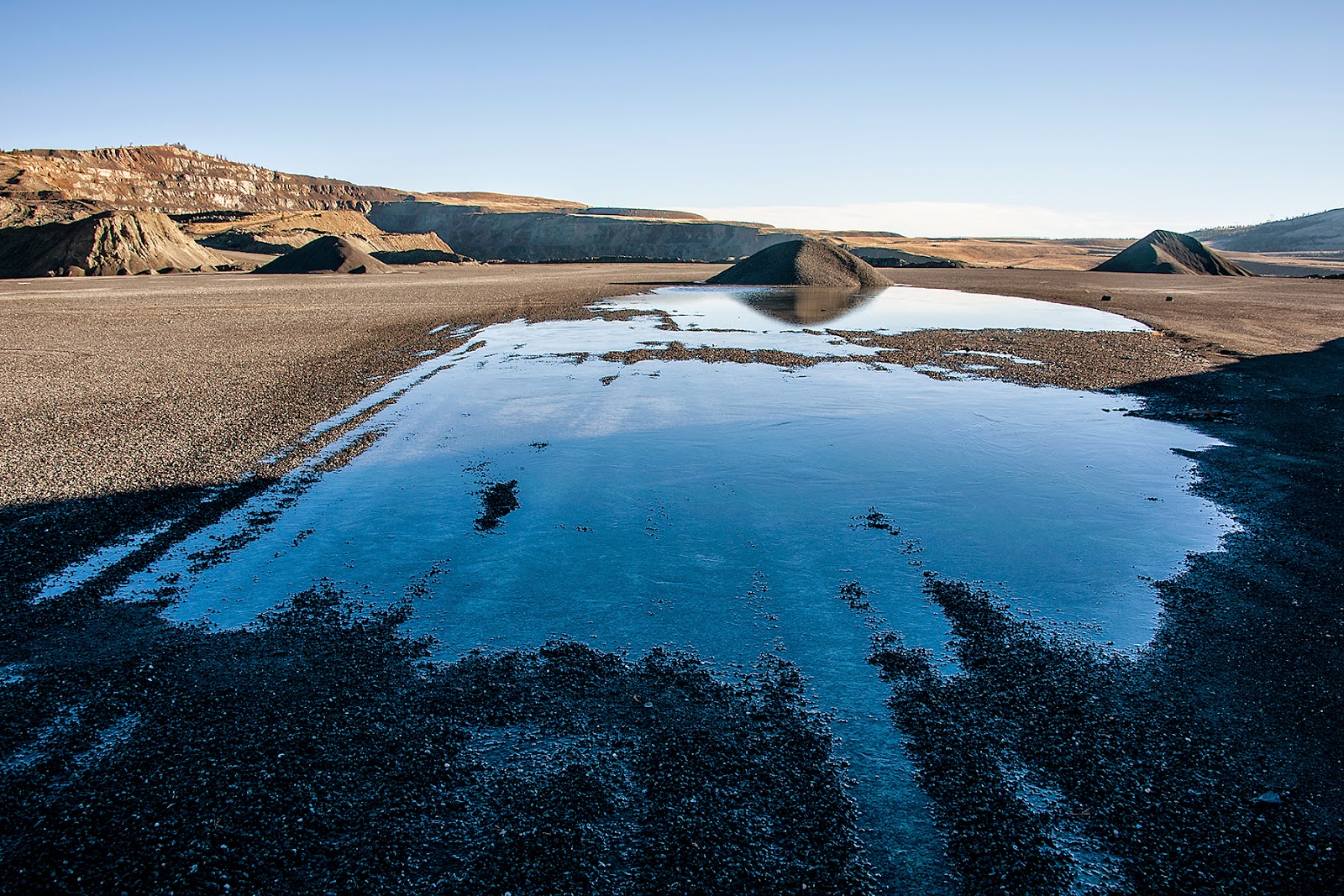 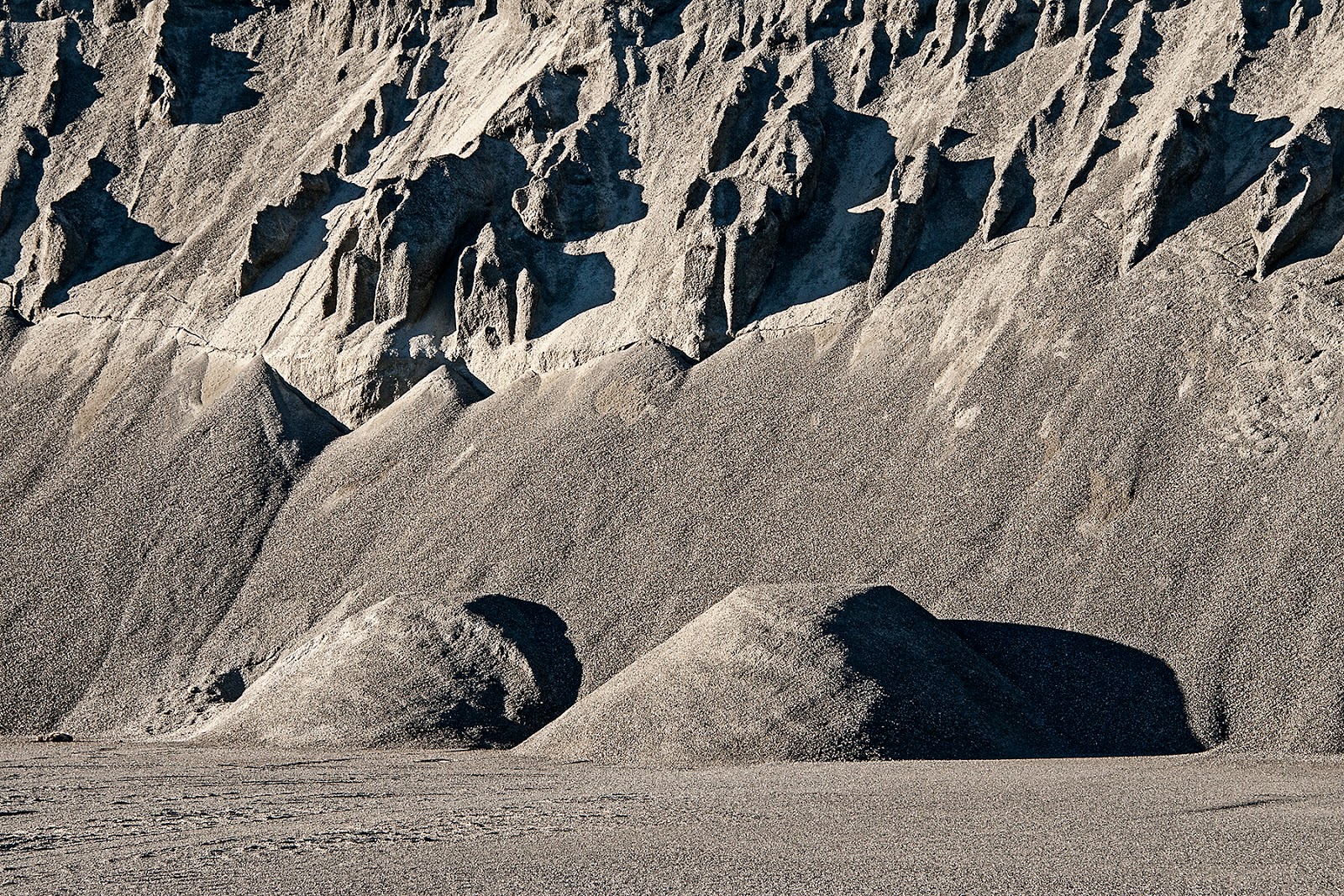 Tailings with piles of tailings. 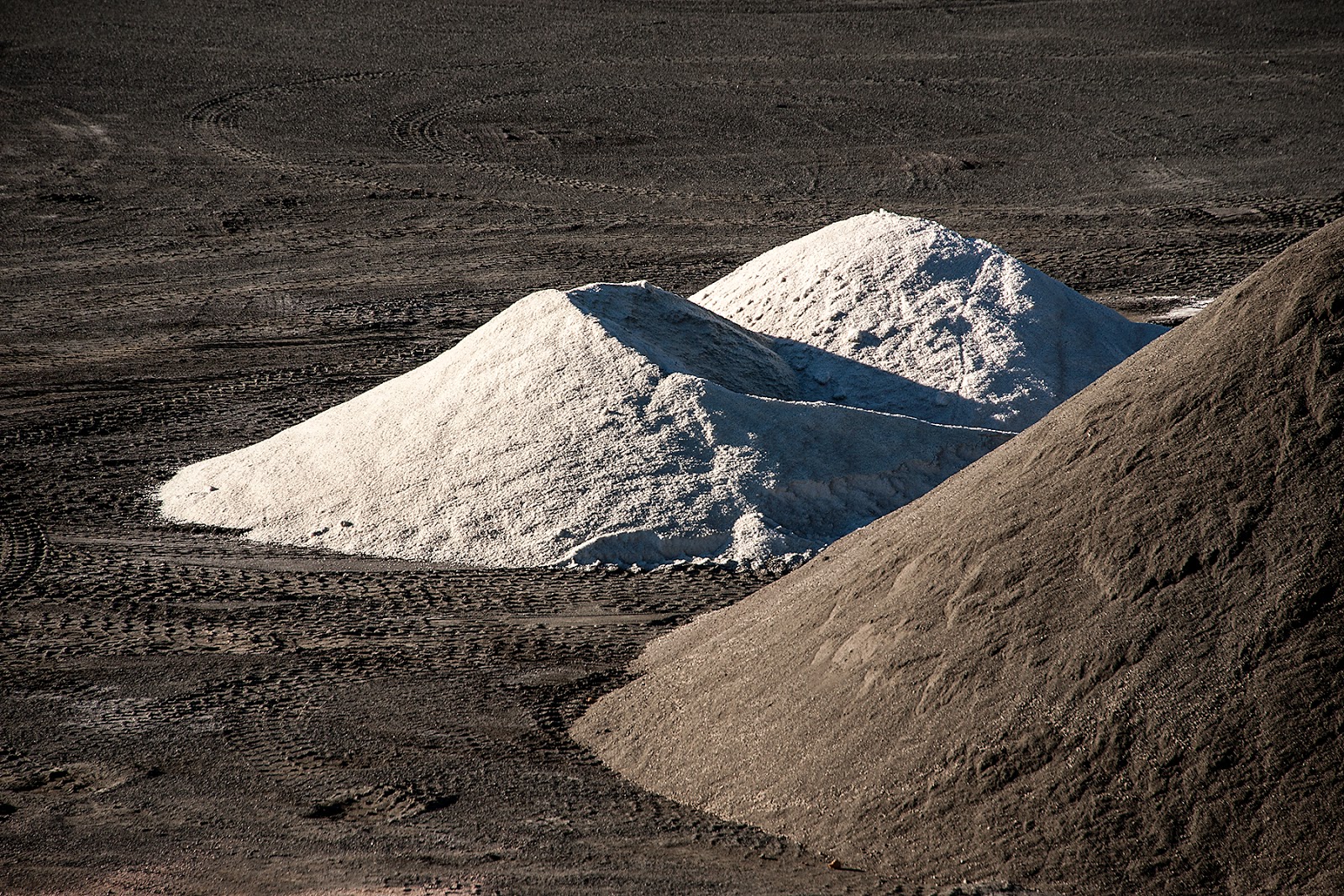 Tailings with piles of salt. 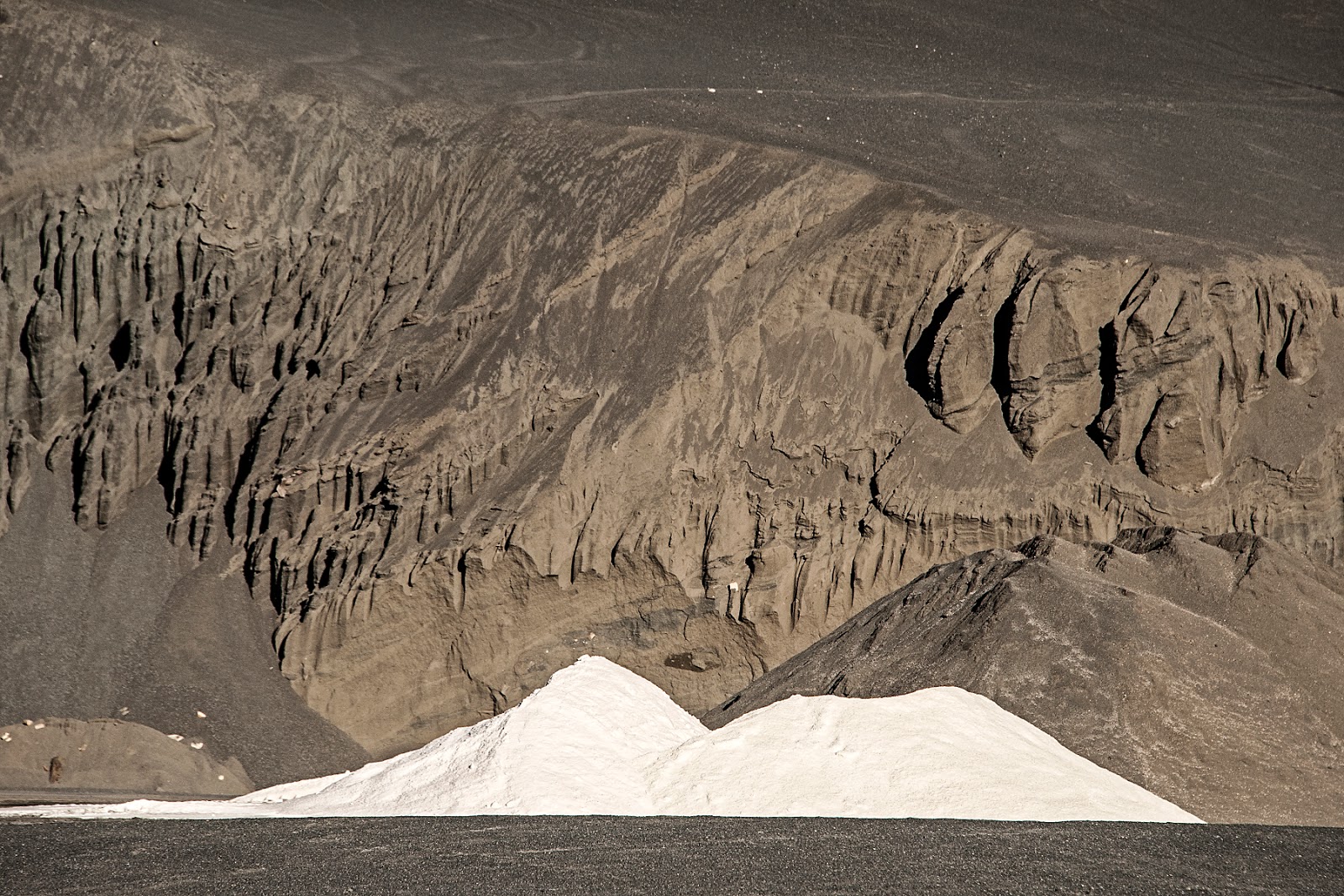 Salt with piles of tailings. 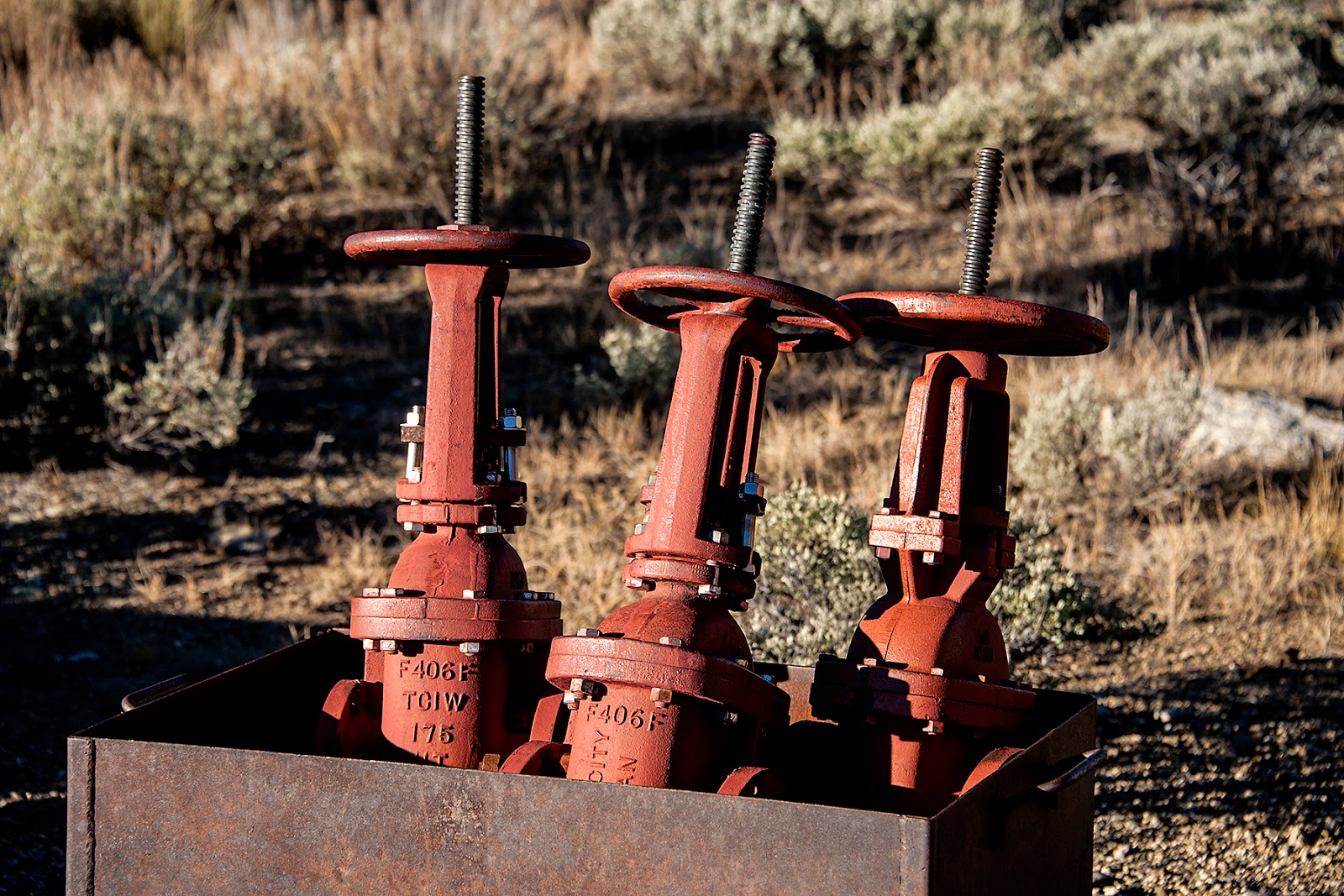