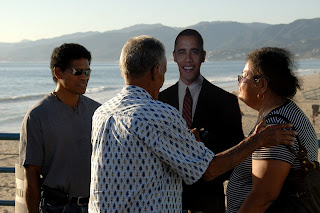 What an amazing time--we just inaugurated our first black president for his second term, and in his inauguration speech he proclaimed that everyone, gays included, should have equal rights.  We have a long way to go, but we're inching along.

"It is now our generation's task to carry on what those pioneers began.  For our journey is not complete until our wives, our mothers, and daughters can earn a living equal to their efforts.  Our journey is not complete until our gay brothers and sisters are treated like anyone else under the law - for if we are truly created equal, then surely the love we commit to one another must be equal as well."  - from Obama's inauguration speech.

So, in honor of the inauguration, a few photos from my vast collection... 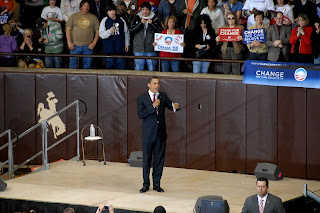 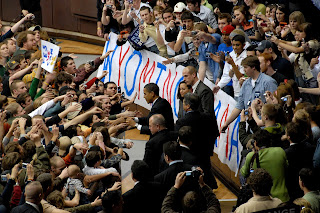 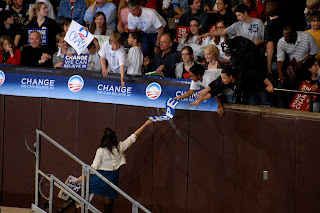 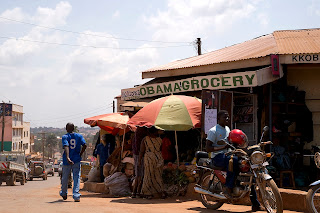 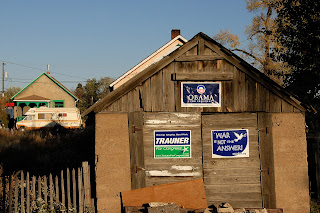 Posted by Ken Driese at 6:59 PM No comments: 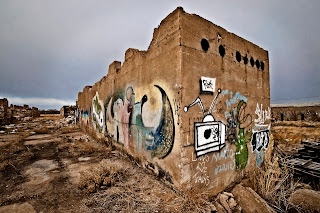 I have a show opening at the Honey Bee Gallery in Laramie on Friday at 6 p.m..  If you're in town, stop by and enjoy the photographs of abandoned and neglected sites around Laramie.  And there's free wine!  The Honeybee is downtown across the street from Coal Creek Coffee.  The show will hang for about a month, so if you can't make it on Friday, stop in sometime.

In other news, my photograph of the Skull Rim (below) won first place for photography at the Red Desert Art Show in Rock Springs, sponsored by the Wyoming Wilderness Coalition.  The show is still hanging at the Community Fine Arts Center on C Street in Rock Springs.  Thanks to Wyoming photographer, Jeff Vanuga, for judging the show! 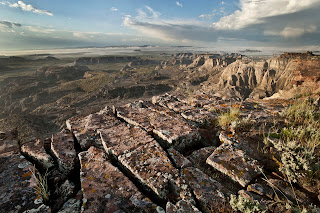 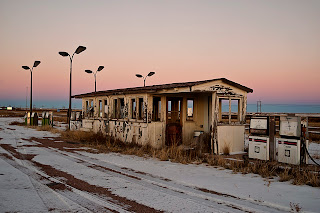 I've been trying to figure out what is appealing to me about shooting photographs of abandoned places.  Trying to make artful photographs is daunting these days because there are so many people producing high quality work of every subject under the sun, that it's impossible not to feel that you're just contributing to cliches, or reproducing what others have already done.  Abandoned farms, old industrial sites, rusting cars and trucks, farm equipment, windmills:  they've been worked over by photographers and painters.  But when I'm out exploring I photograph them anyway.

What's the meaning of these images?  What am I trying to say with them?  I'm not sure yet, but here are a few ideas.  I'm not entirely satisfied with these explanations though.  What do you think?

First, I enjoy exploring abandoned sites much as I enjoy exploring canyons, other countries, Wyoming basins, sagebrush, shorelines, or any place where I don't know what I'll find.  There's  the anticipation of discovering something unexpected and beautiful or even interesting but ugly.

Secondly, there are often arrangements of objects that are accidentally beautiful or emotional in places that people have left behind.  On a recent trip I explored an old trailer near an abandoned truck stop, and found a package of family photographs in the dust and debris.  Were they left on purpose?  By mistake?  An electric bill was addressed to a name that matched annotation on the backs of some of the photos, but when I found the person on facebook and sent them a message offering to mail them the old photos (I left them in the trailer but could retrieve them), I never heard back.  Was their time in that trailer something that they wanted to leave behind?  Or maybe they just don't look at the internet?

I wonder if the children whose abandoned rooms contain old books and toys drive past these places as adults, and if they stop to have a look. 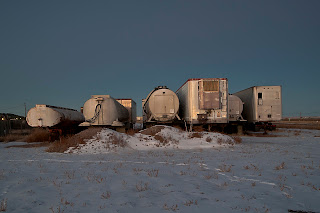 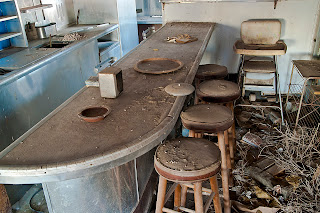 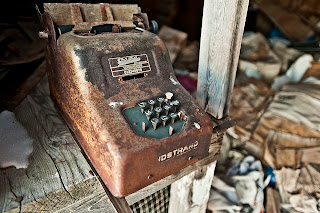 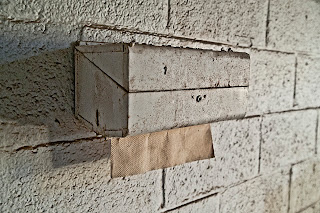 The following are found photographs from an old trailer.  I encourage you to click on these and look at them at full size. 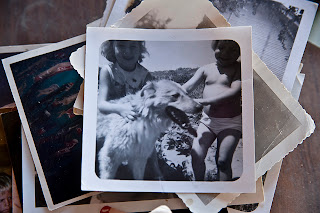 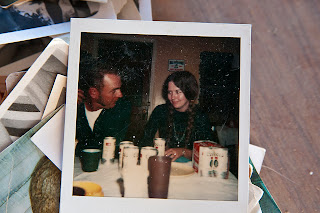 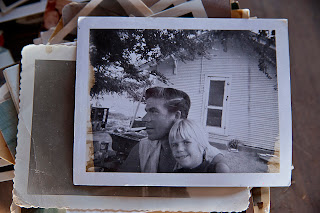 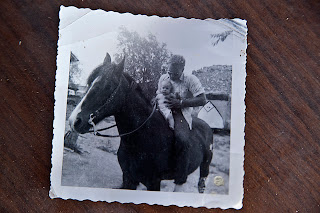