Photographing the Nebraska Panhandle in Black and White 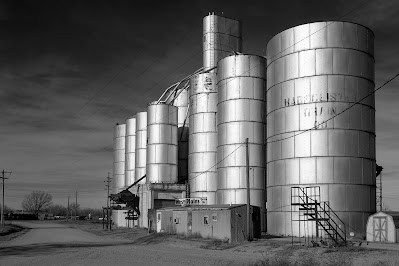 In his book, Dirt Meridian, photographer Andrew Moore published a series of color photographs of the western Great Plains, many taken from a small plane flown low over the Nebraska Panhandle. His images capture stark landscapes, abandoned farms, and people who live and work there.

I love this genre: documentary images of hardscrabble scenes. Moore’s website suggests that his projects “record the effect of time on the natural and built landscape,” but they transcend a mere record, blending documentation with a keen aesthetic eye

Color photography has always felt the most natural to me, but I also admire the black and white masters whose craft requires a less intuitive way of seeing, translating color to tone and managing complex tonal relationships. Recently, Gregg Waterman, himself a talented photographer, pointed me to the work of David Plowden, who spent over 50 years photographing landscapes like those featured in Dirt Meridian, but in B/W and from the ground rather than the air. His work documents the natural beauty of the Great Plains and Midwest but also the remains of farms and ranches abandoned in the American migration to cities. Plowden recognizes this change in a quote on his website:

“I have been beset, with a sense of urgency, to record those parts of our heritage which seem to be receding as quickly as the view from the rear of a speeding train. I fear that we are eradicating the evidence of our past accomplishments so quickly that in time we may well lose the sense of who we are.” (Source)

Plowden studied under Minor White, a pioneer of meticulous B/W photography of subjects ranging from rural America to the male figure, and he rubbed elbows with Ansel Adams, Alfred Stieglitz, and Edward Weston. White’s influence is evident in his work, but Plowden’s photographic voice is his own.

Inspired by Plowden’s photographs, I drove east from Laramie to the Nebraska Panhandle on a warmish late-January day, first to Sidney and then north to Chadron, stopping to explore along the way before turning towards home. It was fun but a little sad to be out photographing small towns and old farms. Many buildings were boarded up and downtowns mostly abandoned despite the nice weather. I enjoyed not-too-bad onion rings from a tiny store and basked in the warm sun, welcome after months of Wyoming wind and cold.

These photographs are my favorites from the trip, clumsily processed. B/W requires different skills than color photography, and I’ve always enjoyed the photographing more than the processing, but these scenes, especially in winter, lend themselves to monochrome. 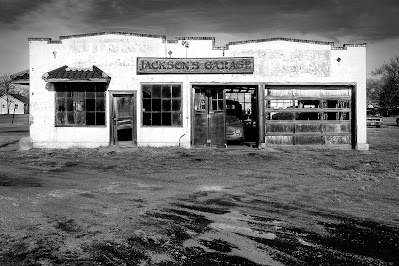 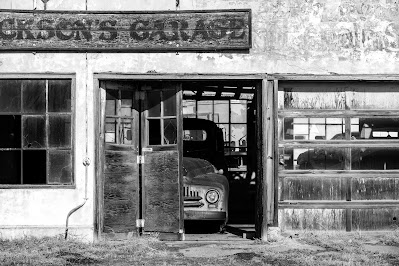 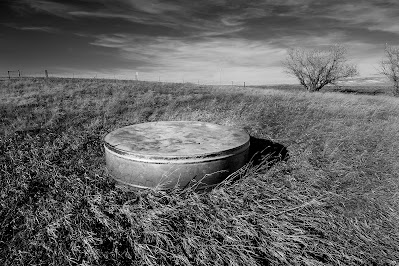 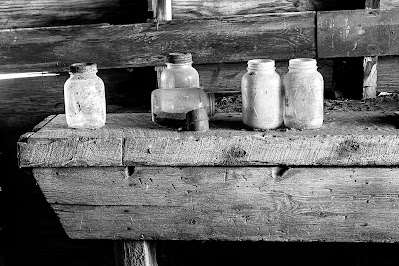 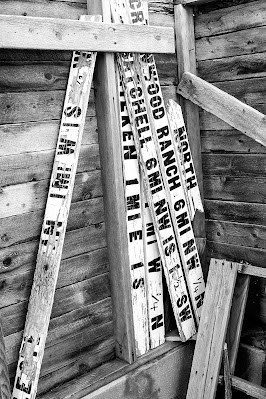 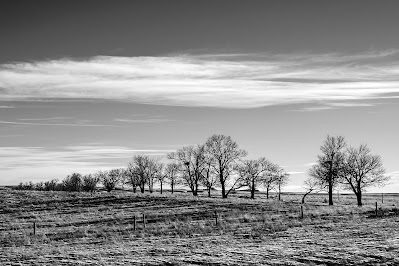 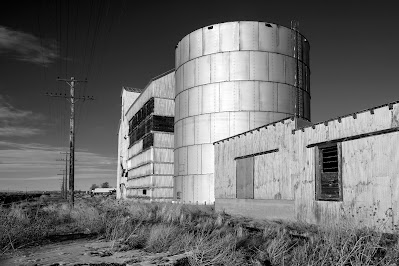 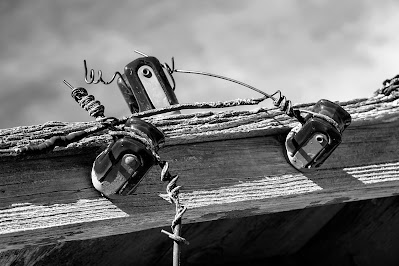 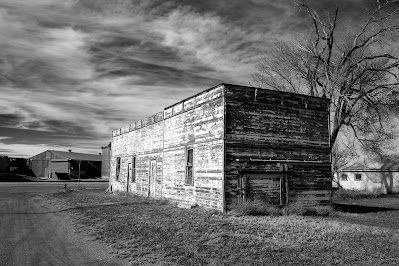 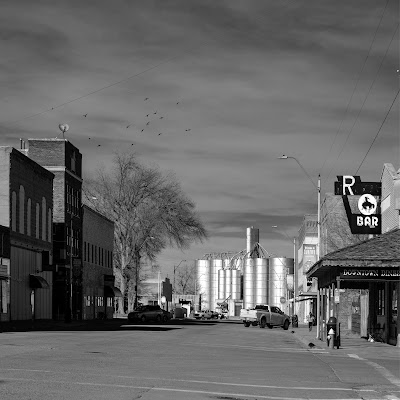